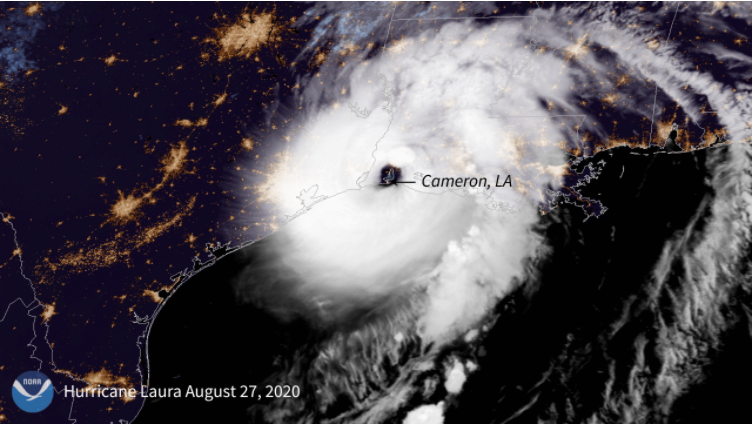 A climate pattern known as La Niña is emerging in the equatorial Pacific Ocean, supporting climate scientists' predictions for an active Atlantic hurricane season. La Niña could also bring warmer, drier conditions to southern states in the U.S. — many of which are already experiencing extreme drought.

La Niña ("The Girl" in Spanish) and its counterpart El Niño ("The Boy") are part of a climate pattern known as the El Niño Southern Oscillation (ENSO), which affects sea-surface temperatures in the central and eastern Pacific Ocean, close to the equator. During a La Niña cycle, waters in that ocean region are cooler than average.

El Niño conditions — warmer-than-average waters in the equatorial Pacific — help to suppress hurricane formation in the Atlantic Ocean. La Niña does the opposite; under La Niña, cooler Pacific waters weaken wind shear over the tropical Atlantic Basin and the Caribbean Sea, enabling more hurricanes to take shape, scientists with the National Oceanic and Atmospheric Administration (NOAA) said in a statement released on Sept. 10.

There is a 75% chance that La Niña's cooler-than-average sea-surface temperatures will persist from December 2020 through February 2021, according to the statement. La Niña conditions last appeared during the winter months of 2017 through 2018, with El Niño developing in 2018 through 2019.

A third part of the ENSO cycle — when ocean waters are neither warmer nor colder than average, sometimes called "La Nada" ("The Nothing" in Spanish) — is neutral, and does not significantly influence global climate patterns, NOAA says.

La Niña's presence over the winter months will also be felt across the U.S.; the climate pattern brings cooler, wetter conditions to northern states, while southern states will be warmer and have less precipitation than they normally do, according to NOAA.

In August, NOAA experts predicted that the 2020 hurricane season would be one of the busiest on record. One of the factors behind that prediction was growing evidence that ocean conditions were trending toward La Niña; though La Niña doesn't actively fuel hurricanes, it doesn't suppress their formation like El Niño does, Live Science previously reported.