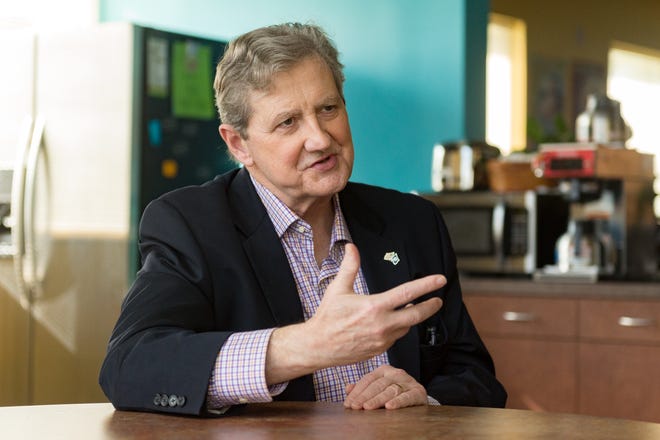 Louisiana's U.S. senators are spearheading an attempt to require the federal government to hold two lease sales in the Gulf of Mexico each year — a move the senators say would protect jobs and secure conservation funding.

The bill would require at least two area-wide lease sales each year on available land in the western and central portions of the Gulf of Mexico. The U.S. Department of Interior is currently required by the Outer Continental Shelf Lands Act to schedule lease sales for the Outer Continental Shelf — the submerged land in the gulf — but it does not have a set number of required sales for the department to hold.