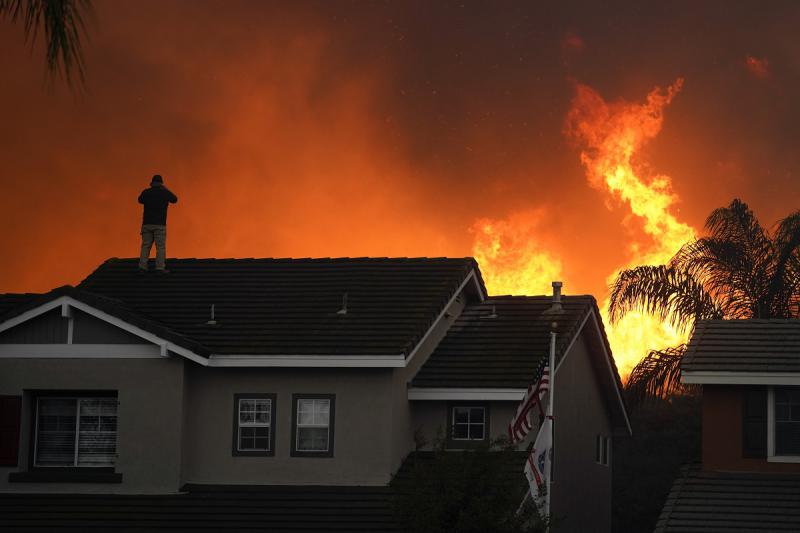 Raging California wildfires on one coast and the most active Atlantic hurricane season in history on the other are just two examples of how our climate is changing. It's also changing how the insurance industry prepares for increased risk of property damage and in some cases, in trying to prevent it.

Max Rudolph of Omaha, Nebraska, is a financial consultant who studies risk management. He compiles an annual survey of emerging risks for insurance companies. For the first time last year, insurers named climate change their top concern. Twenty-seven percent of respondents named it their top concern, compared to 7% two years prior. Rudolph said whether it's wildfires, hurricanes or tornadoes, insurers see it in the data and with their own eyes.

“Whether we are actuaries who are looking at data, or whether it is somebody just trying to live their life, our lives are changing because climate change has triggered some additional events that we didn’t grow up with,” Rudolph said.

He said Hurricane Harvey seemed to be a tipping point. The Gulf Coast storm in 2017 caused $125 billion in damage, making it the second costliest storm in history.

Rudolph said the increased frequency of these once-in-a-lifetime events reminds him of the financial collapse more than a decade ago. He said it became clear old projections no longer made sense.