Coastwide
The U.S. Supreme Court has ruled that polluted water that flows underground into nearby lakes, rivers, and bays is covered by the Clean Water Act, rejecting claims to the contrary. Graphic by USGS. 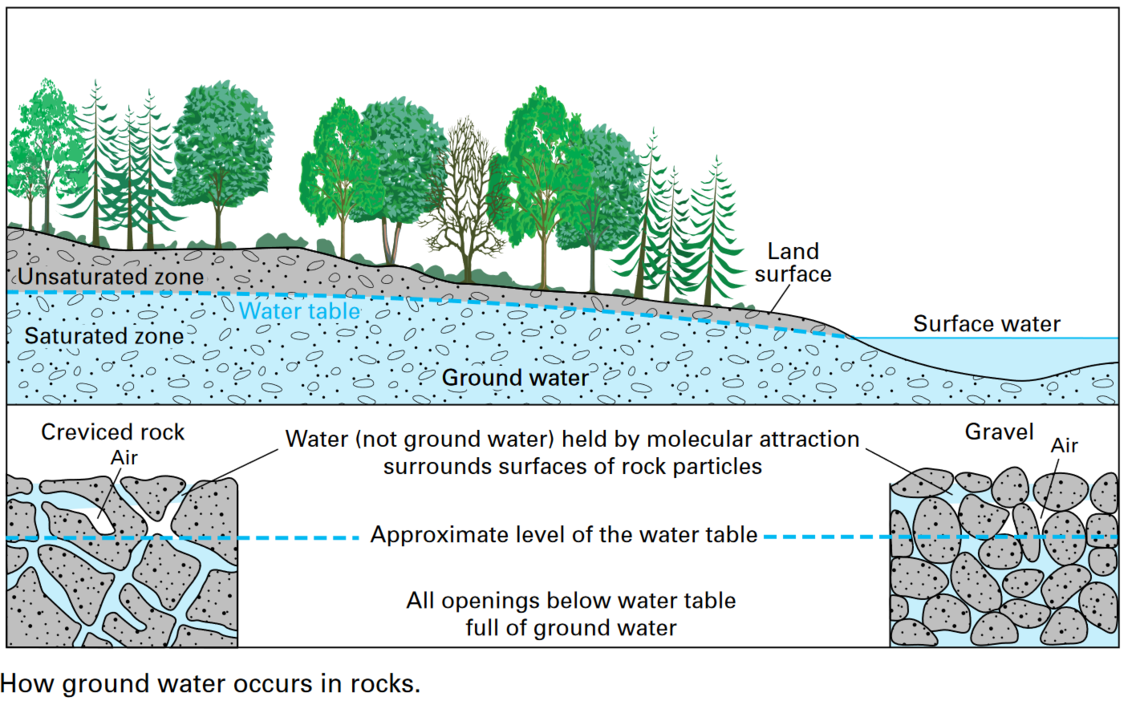 A new U.S. Supreme Court ruling puts groundwater science at the center of decisions about how to regulate water pollution.

Today, in a closely watched case with extensive implications, the court ruled six to three that the federal Clean Water Act applies to pollution of underground water that flows into nearby lakes, streams, and bays, as long as it is similar to pouring pollutants directly into these water bodies. The decision came after a sewage treatment plant in Hawaii claimed that the landmark environmental law covered only “point sources” of pollution, such as an effluent pipe that dumps polluted water in a stream, lake, or bay, and not polluted groundwater that seeps into water bodies.

The decision is a win for environmentalists, who feared the court might side with the Trump administration’s argument that the law didn’t apply to groundwater. In the decision, Justice Stephen Breyer wrote that groundwater pollution was subject to federal water-quality regulations as long as the connection to surface waters was the “functional equivalent” of a direct discharge such as a pipe.

The new standard will hinge on scientific studies of how water and chemicals move underground, says Pat Parenteau, an environmental law expert at Vermont Law School. “It puts the science front and center,” he says. “The hydrologists should be happy.”

That’s partly because questions of when the law applies will come down to the scientific details of individual cases. The court’s decision spells out criteria that might influence whether groundwater pollution meets the new standard and is covered by the law. Those criteria could include how quickly and how far the pollution moves from its source before reaching surface water, the underlying geology, and how much the chemicals are diluted or broken down. “The difficulty with this approach, we recognize, is that it does not, on its own, clearly explain how to deal with middle instances,” Breyer writes.