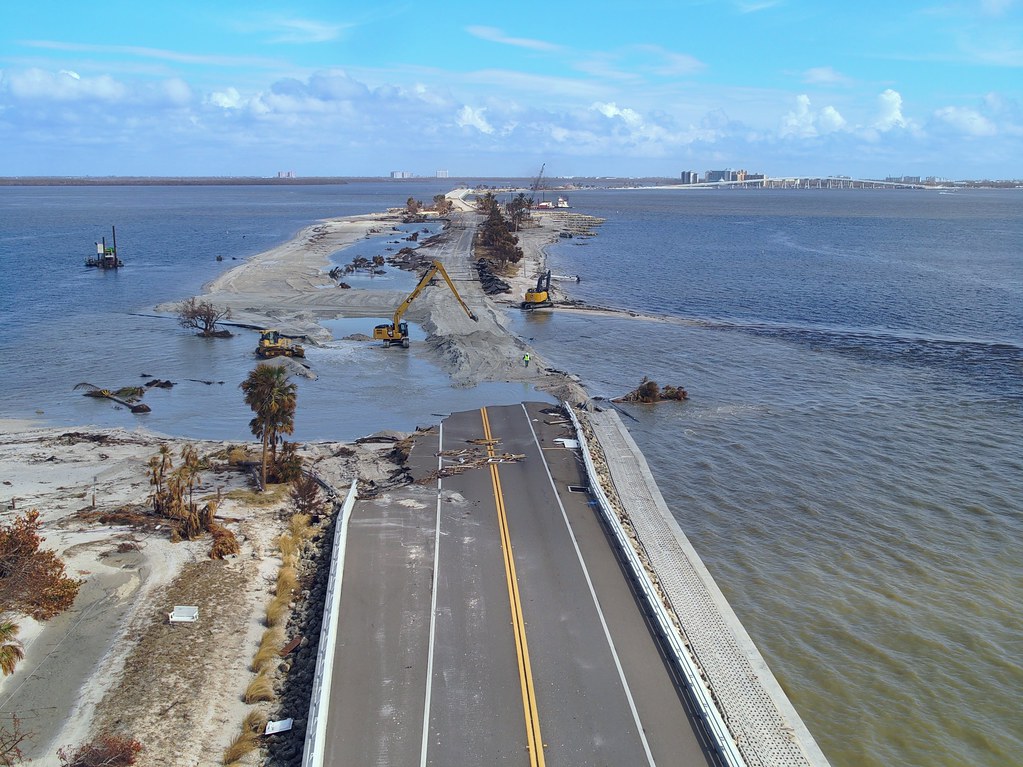 USA - Hurricane Ian is proof: The US needs a national disaster safety board

Hurricane Ian is one of the most devastating disasters in Florida’s history—a state with a long history of tragedy.

For those millions affected by disasters across America every year it is an increasingly common story.

For now, the focus after Ian is on the grim minute-by-minute estimations. At least 140 people are dead and damage costs will reach $75 billion (or more). But, the consequences will last much longer than this initial tally, it will shape the future of Florida. All this while Puerto Rico still has thousands of customers without power weeks since Hurricane Fiona made landfall. In the next decade we will see the long-term impact of flooding on infrastructure, the ever-present toxic spills present in storm surge events, the health impacts of storms, including PTSD, and major impacts on wildlife, on tourism, on fragile local economies, and the list goes on.

The nation we have built is more vulnerable than ever to disaster, but does it have to be this way?

In July the U.S. House, with 217 Democrats and one Republican in favor, passed H.R. 5118, the Wildfire Response and Drought Resiliency Act. A key provision of the bill, initially proposed by Reps. Katie Porter (D-Calif.) and John Garamendi (D-Calif.), and Rep. Nancy Mace (R-S.C.), provides for the creation of a new federal agency tasked with applying the science of disaster to the saving of lives and livelihoods: the National Disaster Safety Board (NDSB). Like the National Transportation Safety Board (NTSB), the NDSB would objectively investigate and consolidate data identifying the actual causes of a given disaster and provide policy recommendations to prevent it from happening again.

In the Senate a similar bill was introduced last year by Sens. Brian Schatz (D-Hawaii) and Bill Cassidy (R-La.) to create the NDSB. Let Hurricane Ian be the evidence: Senators need to vote on it, and pass it, today. It is a matter of basic fairness and disaster justice.

In the U.S. we have a tendency to rush to post-disaster reconstruction before asking the hard question: what should we learn here? When a disaster happens, there are several potential sources of inquiry: emergency management and other government agencies conduct “After Action Reports” that offer narrow findings; journalists investigate various issues that arose during the response, but these stories rarely lead to substantive policy changes; academic disaster researchers fill journals and the pages of thousands of books, but these findings have perpetually failed to reach policy makers. Finally, major disasters usually receive at least temporary attention from various congressional oversight committees, especially when recovery resources are slow to make their way to a given community. In sum, these efforts reflect the analytical skill the nation can muster for disaster reduction, but disorganization and the lack of an authoritative investigative body prevents real policy change.

The Department of Transportation relies on the NTSB for bipartisan, professional investigations of transportation accidents, and has since its inception in 1974 offered at least 15,250 safety recommendations to over 2,450 recipients. Had the National Disaster Safety Board been established simultaneously during the establishment of the Federal Emergency Management Agency in 1979, policymakers, practitioners, regulatory agencies, private and non-profit entities, local-tribal-state and federal jurisdictions would have benefitted from factual disaster reduction advice for decades. This absence is felt in every disaster we face today—so obvious when the same mistakes play out year after year.

Take housing for example, land use patterns are always changing, but floodplain maps and regulations are slow to reflect the realities of risk. With Hurricane Ian, some homeowners in Florida will have taken out policies underwritten by the National Flood Insurance Program. But many others, well over 50 percent by some estimates, do not have flood insurance. For some, this extra insurance is unaffordable.