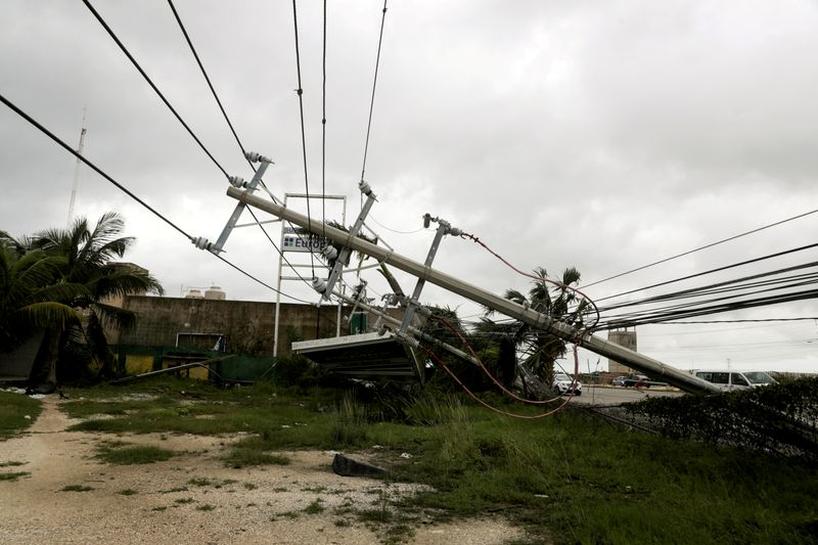 Delta packed 110 mile-per-hour (175 kph) winds as it churned through the Gulf’s prime oil-producing area toward landfall on coastal Louisiana. It was 80 miles (129 km) from Cameron, Louisiana and moving northeast at 14 mph, according to a 1 p.m. CDT update from the U.S. National Hurricane Center.

Delta has shut 1.69 million barrels per day, or 92% of the Gulf’s oil output, as of midday Friday, the most since 2005 when Hurricane Katrina destroyed more than 100 offshore platforms and hobbled output for months.

Ports from Beaumont, Texas, to Lake Charles, Louisiana, were closed while those further east, including Morgan City and New Orleans were open with restrictions, the U.S. Coast Guard said.

Crude oil LCOc1 prices fell 1% on Friday, but were on track for gains for the week, boosted by outages in the Gulf of Mexico and in the North Sea. Norwegian offshore workers on Friday ended a 10-day strike that had some of the country's oil and gas output. {O/R]

U.S. natural gas futures rose 4.5% on Friday and were on track to close at the highest since November 2019 on the shut-ins and prospects for cooler weather ahead. [NGA/]

Workers had evacuated 281 offshore Gulf of Mexico facilities and producers moved 14 drilling rigs away from Delta’s large windfield. Tropical force winds stretched up to 160 miles from its center, the NHC said, a sign of its large size.