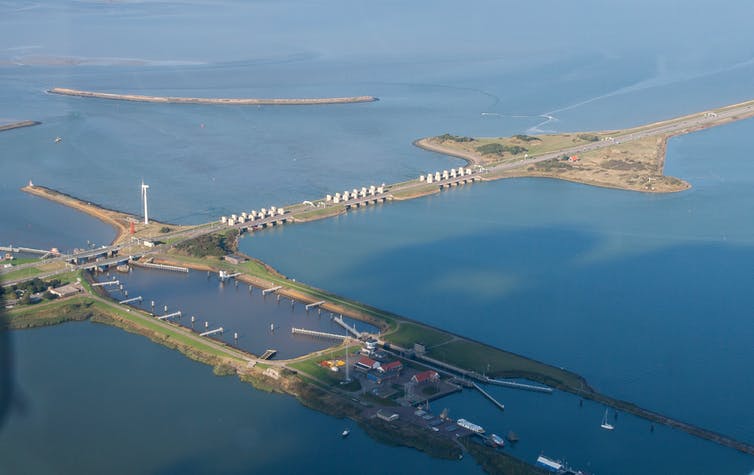 The Biden administration is proposing a massive infrastructure plan to replace the nation's crumbling bridges, roads and other critical structures. But to make those investments pay off, the U.S. will need designs that can endure the changing climate.

Most U.S. infrastructure is designed to stand for decades, including through what engineers expect to be rare storms and floods.

However, extreme storms that were considered rare a few decades years ago are already becoming more common. Hurricane Harvey in 2017 was the Houston area's third "500-year flood" in three years, and it was followed by two more major flooding events.

Building infrastructure today that will be strong enough to manage the extreme scenarios the nation might see a century from now can be expensive. But what if infrastructure were instead designed to meet shorter-term needs and also be easily adapted later for the future climate?

I'm a hydraulic and coastal engineer who has been working on infrastructure design in the Netherlands, where dams and storm surge barriers are being designed to be adaptable. The methods there hold lessons for the U.S. as it prepares for a wave of new construction.

The problem with building for 100-year floods

Bridges in the U.S. are typically designed to allow the unimpeded passage of floods that have a 1-in-100 chance of happening each year. Similarly, a dam spillway might be built to handle a 10,000-year flood, and stormwater drains for two-year rainfall events.

These "return periods" are traditionally calculated using a method based on historical statistics that assume the climate doesn't change much.

In a warming climate with more extreme rainfall, worsening droughts and rising sea levels, these historical statistics can underestimate the intensityof future floods. That puts critical infrastructure, homes and lives in danger.