Coastwide
A pipe for carbon dioxide captured from the emissions of a generating station in Thompsons, Texas.Photographer: Luke Sharrett/Bloomberg 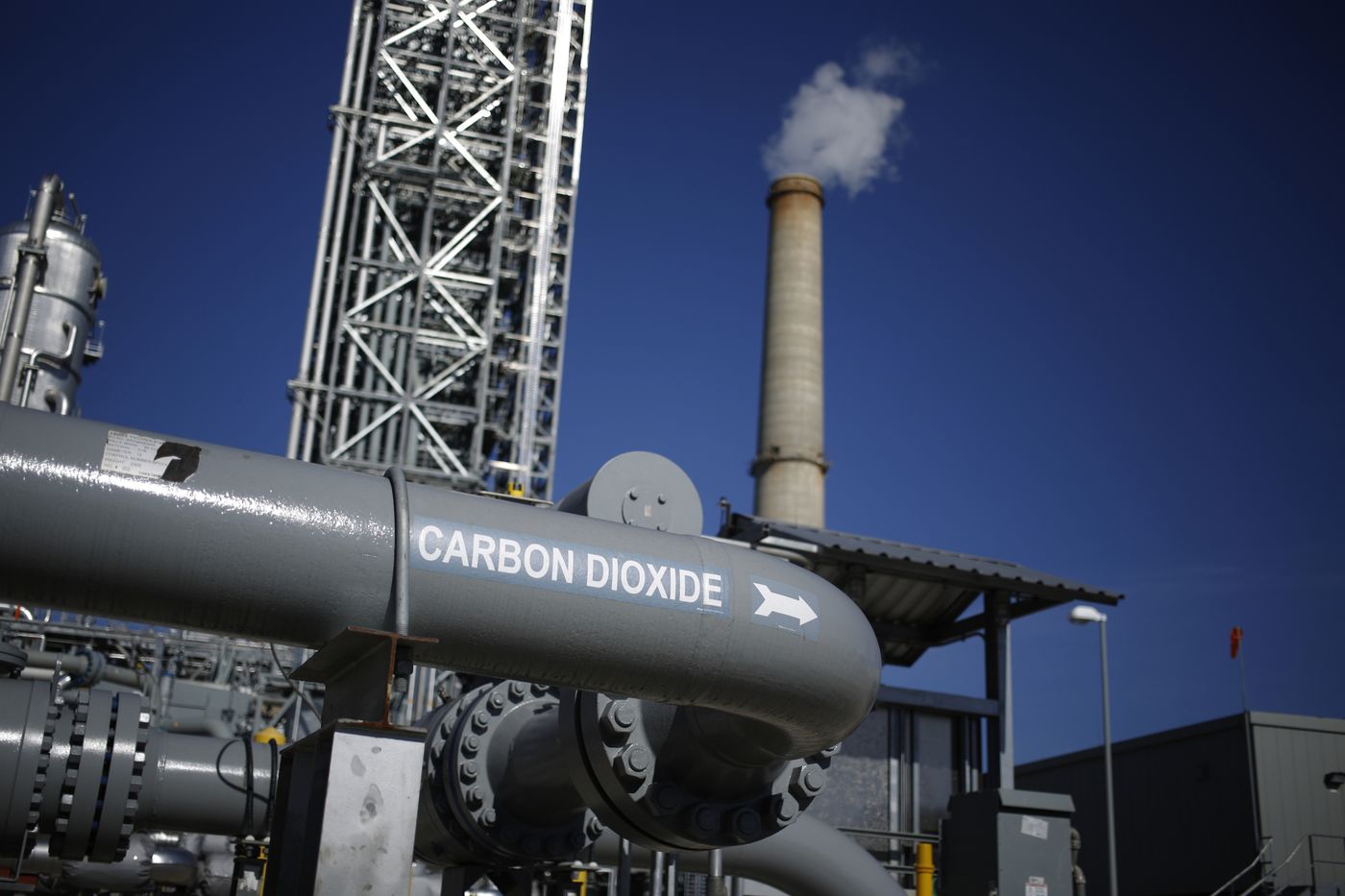 The Inflation Reduction Act would avoid 24 tons of climate emissions for every new ton it creates, say researchers who have analyzed the legislation.

A week after US Senate Majority Leader Chuck Schumer and Senator Joe Manchin stunned the world by announcing they’d finally struck a deal on a climate, energy and health package, the implications for greenhouse gas emissions are starting to come into view.

The Democratic senators initially said the Inflation Reduction Act of 2022 would cut US emissions about 40% below 2005 levels by 2030, and expert climate policy modelers said reaching that target was plausible. Now three preliminary climate models of the IRA — by researchers at Princeton University, the think tank Energy Innovation, and the research firm Rhodium Group — offer more details on how exactly the US could get there: through changes in the electric power sector, the use of carbon-capture technologies and more.

With news on Thursday that Senator Kyrsten Sinema of Arizona had agreed to support the legislation, passage through the Senate’s slim Democratic majority became more likely. Here are five takeaways on how climate researchers gauge some of the potential impacts of the bill.

1. The new bill brings the US much closer to meeting its climate goals.

‍
A few months into President Joe Biden’s administration, he set a bold US climate goalpledging to cut the country’s economy-wide emissions by 50 to 52% by 2030. Under current policies, the US is on track to cut its emissions between 24% and 35%, depending on the analysis. The new legislation gets the country much closer to where it needs to be.

According to an analysis released Thursday by the REPEAT Project at Princeton, the $370 billion of climate spending in the new bill would cut US emissions roughly 42% below 2005 levels by 2030, or by 3.8 billion metric tons of carbon dioxide equivalent.

2. Most of the emissions reductions will come from the power and transportation sectors.

‍
Looking at the deep cuts needed to hit Biden’s climate goal by the end of decade, REPEAT estimates the new bill provides two-thirds of the needed reductions compared to current U.S. policies.

While better than business as usual, there remains an emissions gap equal to about 34% of Biden’s initial goal. That's a larger gap than what would have been delivered by the abandoned House package known as Build Back Better, according to REPEAT’s modeling.

In the IRA, 24% of emissions reductions come from the power sector, 19% from transportation and 9% from other industries, with smaller shares attributable to other areas. “The Inflation Reduction Act cuts US emissions primarily by accelerating deployment of clean electricity and vehicles,” REPEAT researchers wrote in a presentation summarizing their findings.

“The biggest single area of emissions reductions [in the IRA] is the electric power sector,” in large part due to the tax credits for wind, solar and battery technologies, said Rhodium partner John Larsen. “This is the area where you’ve got 10 years of full-value renewable energy tax credits.”