Coastwide
An aerial view of the flooding caused by Hurricane Harvey in Houston, Texas, Aug. 31, 2017. Hurricane Harvey formed in the Gulf of Mexico and made landfall in southeastern Texas, bringing record flooding and destruction to the region. via Environmental Defense Fund 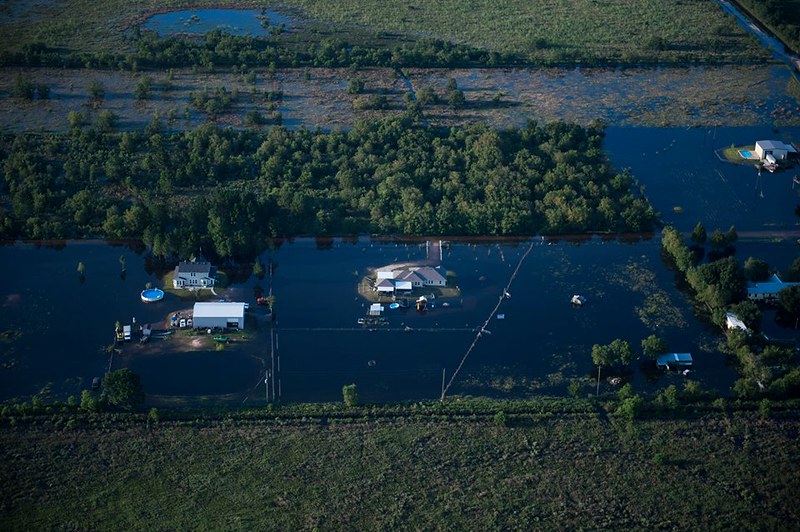 USA - How States Can Finance Coastal Resilience Before the Next Disaster

As climate change drives more intense storms, hurricane-related costs in the United States have increased 1,100% since 1980, and the population of counties prone to hurricane damage has increased at least 22% faster than the overall U.S. population has grown.

State governments must prioritize rebuilding better and investing in climate resilience now to avoid the skyrocketing costs of future disasters. Every $1 invested to mitigate a disaster saves $6 in recovery.

These four states found innovative ways to finance climate resilience, and they provide models for other states to follow, even in the face of budget uncertainty.

At the end of June, the North Carolina legislature passed the NC SECURE Act, which streamlines funding and implementation of mitigation and restoration projects that store floodwater and decrease flood risk.

The legislation creates a voluntary program that can be funded by state and federal appropriations, including funds from federal disaster relief. It prioritizes natural infrastructure solutions to store floodwater and creates a first-of-its kind flood reduction marketplace to engage private businesses in meeting watershed flood storage targets.

Texas turns to its rainy-day fund

The resulting Flood Infrastructure Fund, which Texas voters approved after it passed the legislature, provides $793 million in low-interest loans and grants for flood drainage, mitigation and control projects.

Virginia and New Jersey both will fund climate resilience projects with revenue from the Regional Greenhouse Gas Initiative — a carbon emissions cap-and-invest program for the electricity sector that includes 10 Northeastern states.