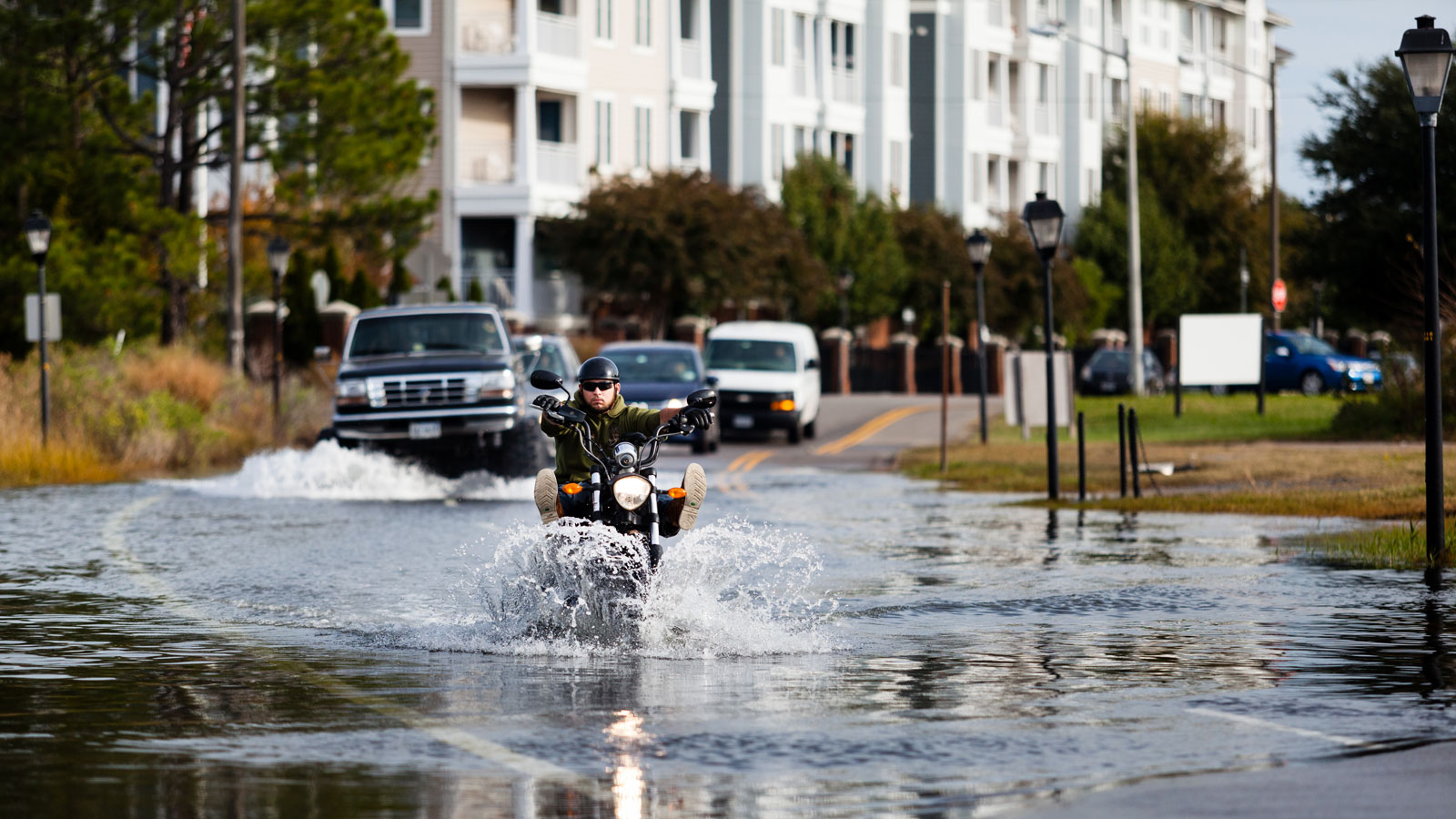 In many communities, water spills onto streets at high tide. The problem is getting more common as sea levels rise.

In many coastal towns, water spills onto streets and sidewalks during high tide – even on sunny days. This flooding is often called “nuisance” flooding, but it’s more serious than that name implies.

“While it feels like a small inconvenience at the time, those impacts add up to things like replacing cars,” Renee Collini says. “It impacts our infrastructure. It starts to weaken things.”

Collini leads the Program for Local Adaptation to Climate Effects: Sea-Level Rise, which is spearheaded by Mississippi State University Extension and Sea Grant.

She says high-tide flooding can harm local economies, too.

“It can impact the flow of our commerce, whether that’s at major places like ports or at small places like local businesses,” she says.

Flooded streets and sidewalks may prevent customers from visiting stores or restaurants.

And in flood-prone areas, property values may fall, while flood insurance rates go up.

The National Oceanic and Atmospheric Administration reports that as sea levels have risen over the last two decades, the frequency of high-tide floods along the U.S. coast has doubled.

“And we’re looking ahead, it’s going to be five to 15 times more in the next 30 years,” Collini says.

So she urges communities to plan now how they want to adapt.