Gulf of Mexico
And other reasons you should care about infrastructure. (Farm Journal) 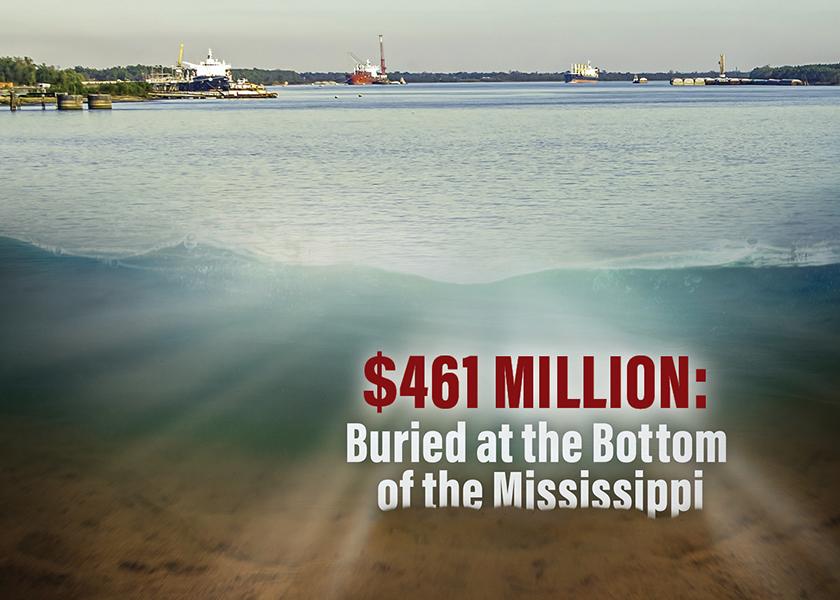 USA - How Dredging the Mississippi River Could Uncover $461 Million

A complex series of railways, roads, bridges and waterways connects U.S. farmers to the rest of the word, but this system is deteriorating and threatens U.S. agriculture’s leading global position. Luckily some much-needed investments are in process, such as the Mississippi River Ship Channel Dredging Project.

If the Infrastructure Investment and Jobs Act makes it way through Washington, D.C., more investment could be in the works.

Almost half a billion dollars is buried at the bottom of the Mississippi River. A massive effort is underway to dredge the lower Mississippi along its final 250-mile stretch, and the results could provide major financial benefits to U.S. farmers.

At ports along the mouth of the Mississippi, most ships loading soybeans can carry a maximum of 2.4 million bushels, and any additional weight in the hold puts the vessels in danger of scraping the riverbed. However, a mere extra 5' in depth allows a ship to squeeze in 2.9 million bushels, at a small increase in transport costs.

Translation: Digging the depth of the lower Mississippi from 45' to 50' could generate $461 million annually for the U.S. soybean industry — independent of supply and demand.

Started in 2020, and scheduled for completion by 2022, the Mississippi River Ship Channel Dredging Project will cost roughly $270 million, and is expected to return $7.20 for every $1 spent, according to Corps of Engineers estimates.

“This project is a big deal for the export strength of U.S. agriculture in the future, and it’s also significant for farmers in the near-term,” says Mike Steenhoek, executive director of the Soy Transportation Coalition (STC). “This project is going to mean better prices for farmers at their elevators.”