Coastwide
A women walks through the floodwater at the corner of West 1st Avenue and West 27th Street in Hialeah, Fla. | Photographs by Josh Ritchie for POLITICO 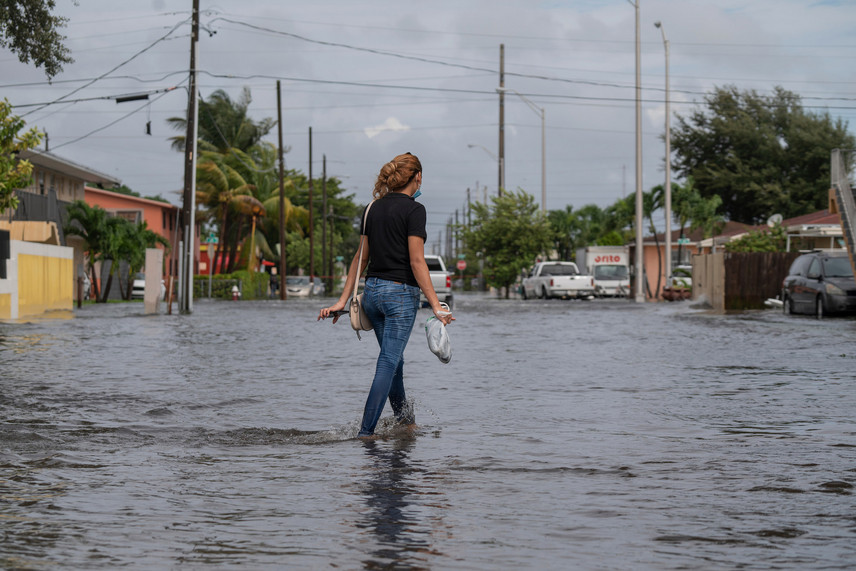 USA - How climate change could spark the next home mortgage disaster

Taxpayers are backing more than a trillion dollars in home mortgages, but the agencies buying them are neglecting to consider climate risks.

With its lively parks and colorful bungalows, Hialeah, Fla., has been the gateway to the American middle class for thousands of Cuban immigrants.

Hialeah was the place where home ownership, an unattainable goal under the Communist regime of their homeland, became a reality. And as in many American communities — rich and poor, of every ethnic makeup — the American dream for families in Hialeah was helped along by the taxpayer-funded mortgage giants, Fannie Mae and Freddie Mac. Their willingness to purchase the loans on homes in the area provides local lenders with a steady flow of cash to invest in the community.

But behind the vibrant life in Hialeah is a troubling reality: flooding. Heavy rains overran the streets this year, last year — almost every year. And the problem is projected to get worse: Some scientists fear the city could be underwater within the lifetimes of some current residents.

Despite that grim prognosis, the federal government keeps pumping mortgage money into Hialeah, as it does in hundreds of other communities now facing grave dangers from climate change. Fannie Mae and Freddie Mac hold the majority of home mortgages in some Hialeah neighborhoods. More significantly, federal taxpayers hold greater than 60 percent of mortgages on homes in some areas outside the specially designated federal floodplain, according to an analysis of federal data by Amine Ouazad, an associate economics professor at Canadian business school HEC Montréal.