International
The expeditionary sea base Miguel Keith, shown here in August, was nearly taken out of commission last month after debris from an undersea volcano jammed up critical systems. (Navy) 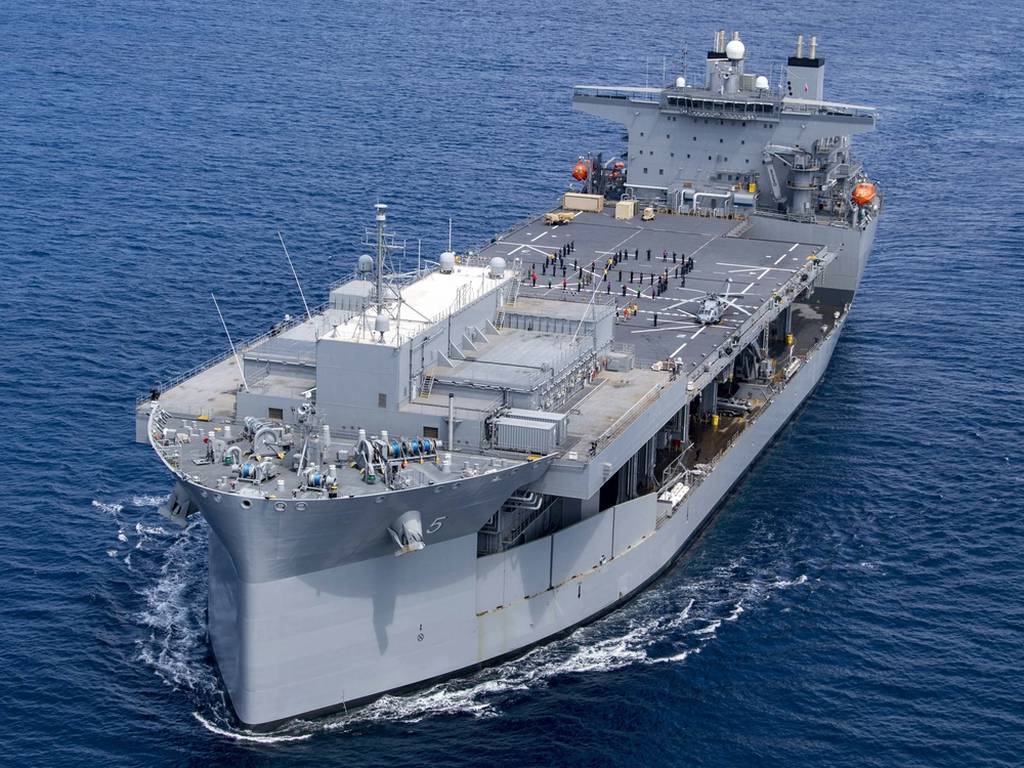 USA - How an undersea volcano nearly sidelined this Navy ship

Commissioned in May, Miguel Keith was operating off Japan when the remnants of the volcanic eruption made themselves known.

It began when Fukutoku-Okanoba, an undersea volcano about 800 miles southeast of Japan, erupted on Aug. 13, sending pumice stones and debris into the air and surrounding waters, an event believed to be the biggest of its kind in the area since World War II, according to the Navy.

The volcano’s summit sits just 80 feet below the surface, according to NASA, and satellite imagery soon revealed “expansive gray pumice rafts” floating in the surrounding waters.

“Pumice is one of the only types of rock that can float due to a combination of surface tension and the many air-filed holes and cavities found within the rock,” according to NASA. “Rafts of rock can drift in the ocean for months or even years.”

And while the dangers of pumice to ships like Miguel Keith are well-known, aviation and marine warning systems for such eruptions remain in development, according to NASA.

Miguel Keith soon encountered the pernicious pumice as it operated near Okinawa in late October.

Soon, pumice began clogging strainers on the ship’s sea chests, which bring in seawater for firefighting, equipment cooling and other needs, according to 7th Fleet.