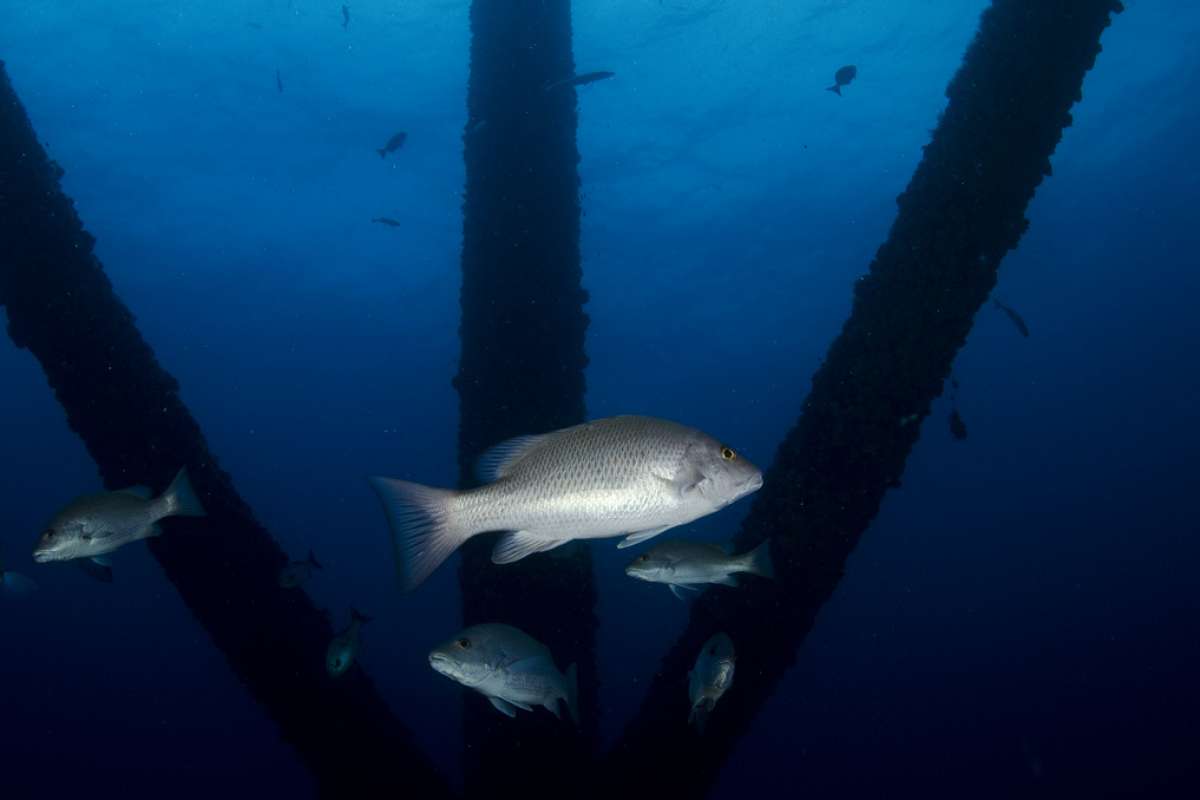 USA - How an offshore oil rig becomes an artificial reef

Fifty miles southeast of Grand Isle, La., sits the Lena, which used to be an oil rig owned by ExxonMobil.

After the site stopped producing oil, the company hauled away the above-water platform and in July finished the job by disconnecting the structure from the sea floor and toppling it over. Now it’s an artificial reef.

In the U.S., it’s the law: As an offshore oil well drips out its last barrels, producers must prepare to seal it and dismantle the rig and restore the ocean floor to its original condition. Left to stand, the rig may pose risks during hurricanes, prevent future oil exploration, or in some places stand in the way of wind-power development.

There’s more to a rig than metal and concrete. Over the course of its life, the structure becomes home to coral, mussels, and many other sorts of marine life. By the time a company’s lease is up—sometimes after a quarter century or longer—there can be an established ecosystem down there.

About 1,700 Gulf of Mexico rigs will eventually require decommissioning. Collectively they’re called “idle iron.” Instead of being removed, 560 U.S. platforms in the Gulf have been left underwater and become permanent artificial reefs since the 1980s.

“There is no such thing as an average structure—they vary widely in their characteristics,” said Mike McDonough of the Louisiana Department of Wildlife and Fisheries.

“Rigs to reefs” programs make the coral, shellfish, fish, and fishing boats happy. And they’re certainly cheaper for oil companies—reefing costs about half what a full decommissioning does. Companies give half that savings to states that take on liability for the artificial reef sites.