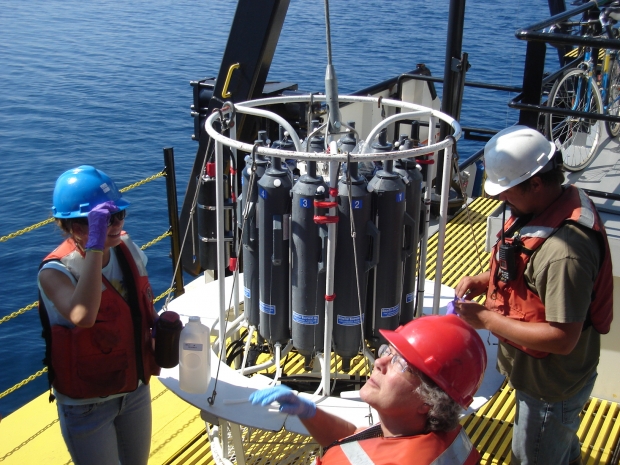 A new study finds that historic sources of mercury pollution are driving higher concentrations of the contaminant in sport fish that live and feed in the Duluth-Superior harbor. The results indicate contamination from long ago still holds risks for coastal areas of the Great Lakes.

Industrial pollution from contaminants like mercury threatens fish and wetland habitats in coastal areas, including the largest port on the Great Lakes. The contamination has led to fish consumption advisories in the St. Louis River estuary that runs between Duluth and Superior. Mercury is known to build up in fish tissue and people over time potentially causing developmental issues in children, muscle weakness and loss of coordination.

The study’s lead author Sarah Janssen said it was unclear whether older industrial contamination or modern-day mercury pollution from atmospheric sources led to the higher concentrations in fish.

The study that's set to be published in the journal Science of the Total Environment relied on a new method to fingerprint mercury within fish that’s coming from historical contamination in the Duluth-Superior harbor, according to Janssen, a research chemist with the U.S. Geological Survey in Middleton.

"The game fish, specifically our walleye – those were really our target sport fish because they're targeted by anglers," said Janssen. "Those walleye tend to have two to three times the amount of mercury in their tissue than fish that are migrating and feeding into Lake Superior. This higher mercury in walleye residents of the river corresponds with those mercury source indicators of legacy industrial sources in the harbor."