Gulf of Mexico
via Ocean Era 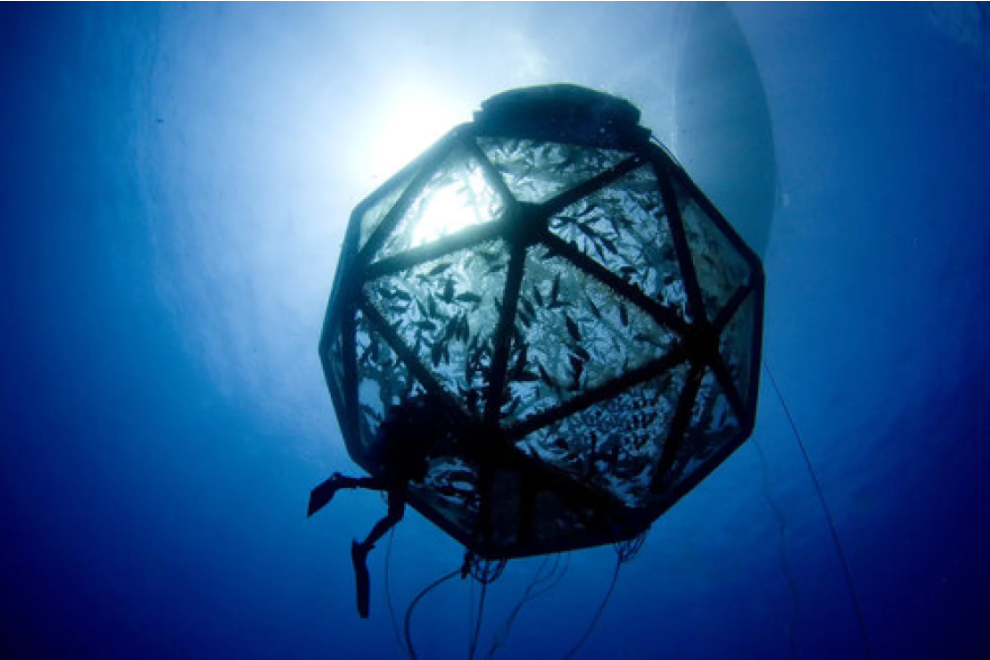 The facility, which would be operated by Hawaii-based company Ocean Era, would host 20,000 almaco jack in a pen suspended 45 miles offshore in the Gulf. The EPA granted the company a discharge permit last October.

Under direction from the Biden administration, the Environmental Protection Agency is revisiting a permit granted to a proposed industrial fish farm off the coast of Sarasota.

WUSF's Cathy Carter spoke about the future of deep-sea aquaculture with environmental attorney Marianne Cufone. She's also executive director of Recirculating Farms Coalition, one of more than 50 groups that signed on to a letter urging the new administration to take a second look at the EPA permit and to undo an order from the Trump administration that could accelerate the construction of off shore finfish farming nationwide.

Marianne, this planned facility known as a Velella Epsilon would be the first finfish farming project in federal waters. Your group is part of the 'Don’t Cage Our Oceans Coalition.' Can you remind us— what are environmentalists concerns with offshore aquaculture?

Things like escapes where fish get out of the pens. There's the potential for them to intermix with or overtake wild fish populations, competing for mates and habitat and food. Other issues are pollution from the cages because any food, waste or chemicals that are used in the cages can flow directly into the natural environment. And of course, they also take up real space in the environment, causing conflicts with existing industries like fishing and boating and diving so there are a whole host of concerns that come along with creating a new aquaculture industry offshore in the United States.

The EPA approved the permit in October of 2020. That's now under appeal. And the Army Corps of Engineers hasn't granted a construction permit yet. But the agency recently issued a nationwide permit that could speed up the construction of these facilities. And that process started with the last administration?

So, the Trump administration had issued an Executive Order 13921 that was purportedly to support seafood in the United States. And one of the things it did was urged various agencies to speed up development of offshore finfish aquaculture.