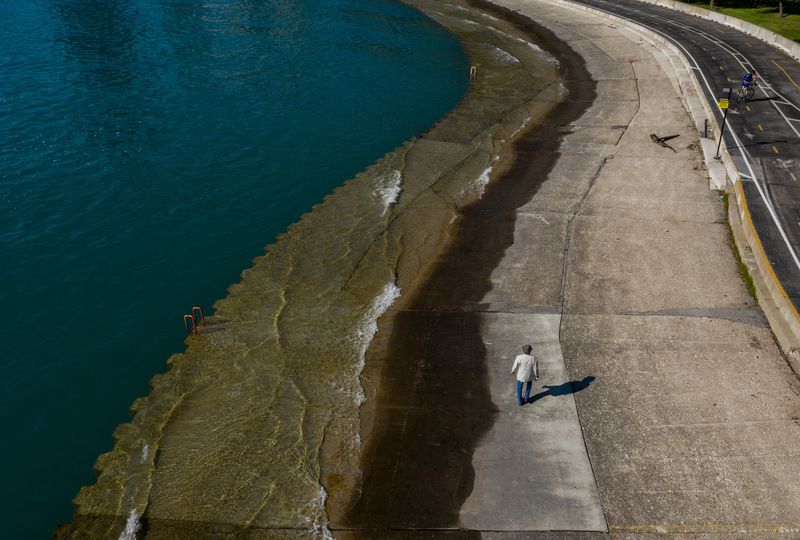 With the Earth on track to finish out another year among the warmest on record and the impact of climate change mounting around the globe, advocates around the Great Lakes are looking ahead to what a new administration could mean for the Midwest, the region containing one of the world’s largest freshwater sources.

Much is at stake when it comes to the Great Lakes region. Warming temperatures and more precipitation can mean more flooding. Shoreline protections are up against rising lake levels and million-dollar damage storms. Invasive species threaten to upend ecosystems and toxic algae blooms are intensifying. Human health is at risk if water quality takes a hit.

And yet, Great Lakes advocates say there are reasons for hope.

“This is not shades of gray,” said Howard Learner, executive director of the Environmental Law and Policy Center. “After four years of the Trump administration seeking to roll back more than 100 environmental and public health safeguards, the Biden-Harris administration is a breath of fresh air for those of us who care about protecting the environment.”

One of the first signs of change is likely to come with the rejoining of the Paris climate accord, which aims to curb warming below 2 degrees Celsius from pre-industrial times, and ideally under 1.5 degrees Celsius — the threshold believed to stave off catastrophe.

Almost all countries have signed on to the agreement. The U.S. formally left the agreement this year after years of President Donald Trump criticizing the pact. President-elect Joe Biden pledged this month to rejoin on day one of his presidency.