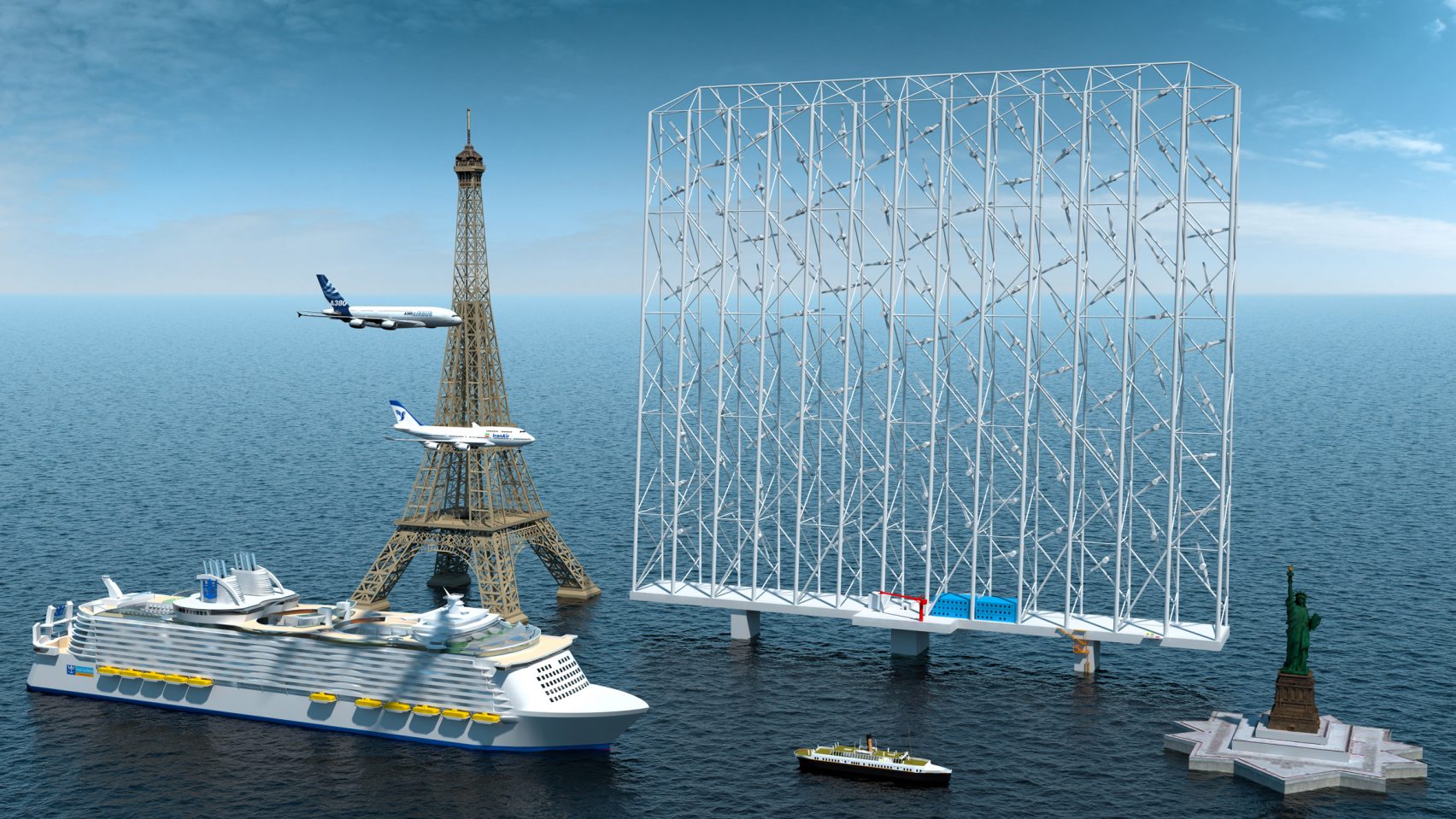 Wind Catching Systems, the developer of the novel wall-shaped floating wind turbine platform, has secured $10 million in an early venture capital investment round led by GM Ventures - the VC arm of General Motors. GM, a towering icon of internal combustion engine technology, intends to have an all-electric product lineup by 2035 and has a secondary interest in green power.

Floating wind offers the promise of access to the steadier, more powerful winds in waters further offshore, but it is more expensive to install and maintain than conventional bottom-fixed turbine technology. Wind Catching Systems plans to commercialize an entirely new approach: Their patented design is a towering multi-turbine platform fitted with small turbines of about one megawatt each. If built, this gigantic platform would generate the same energy as a conventional wind farm five times as large (by acreage).

“As GM continues to move towards an all-electric future, it’s critical that we simultaneously drive the transition of the grid to low-carbon energy sources,” said Kristen Siemen, GM’s Chief Sustainability Officer. “GM Ventures’ investment in offshore wind with Wind Catching Systems represents an opportunity to accelerate innovative technology to market."

The deal comes with a formal agreement with GM on technology development, execution, policy and sustainable technology applications. It brings a heavyweight industrial partner to the table for the startup's ambitious plans.

“WCS is proud to announce GM as a strategic collaborator and GMV as investor for the next stage of our technology development and commercialization journey," said Ole Heggheim, the CEO of Wind Catching Systems. "Together with Ferd, North Energy and Havfonn, we have a strong investor base to support our ambition to have a commercial installation by 2027."

GM Ventures typically focuses on technologies that are directly related to GM's core product line, like next-gen batteries, lidar and additive manufacturing, but it also has an investment in solar power (in addition to WCS).