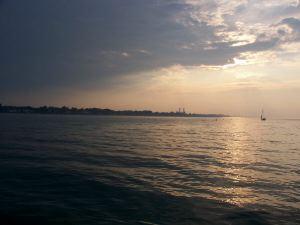 A recent report from the Government Accountability Office says that the International Joint Commission, the agency that helps regulate water levels on Lake Ontario, needs to do a better job of communicating with the public.

The report was issued last week by the GAO, which is a non-partisan watchdog agency that reports to Congress. Its report focused on the way IJC has communicated elements of Plan 2014 than the controversy over the technical aspects of the plan, which regulates water levels on Lake Ontario.

Frank Bevacqua, public information officer for the IJC, said the commission is receptive to the suggestions made by the GAO.

“What the GAO has recommended is that we follow best public relations practices which includes researching the various stakeholders and how they get their information and being more targeted and effective in our delivery of that information,” Bevacqua said.

Among those who have been critical of the report, is Congressman John Katko, a Republican from the Syracuse area whose district includes Wayne County. He said the GAO report just highlights another problem with Plan 2014.