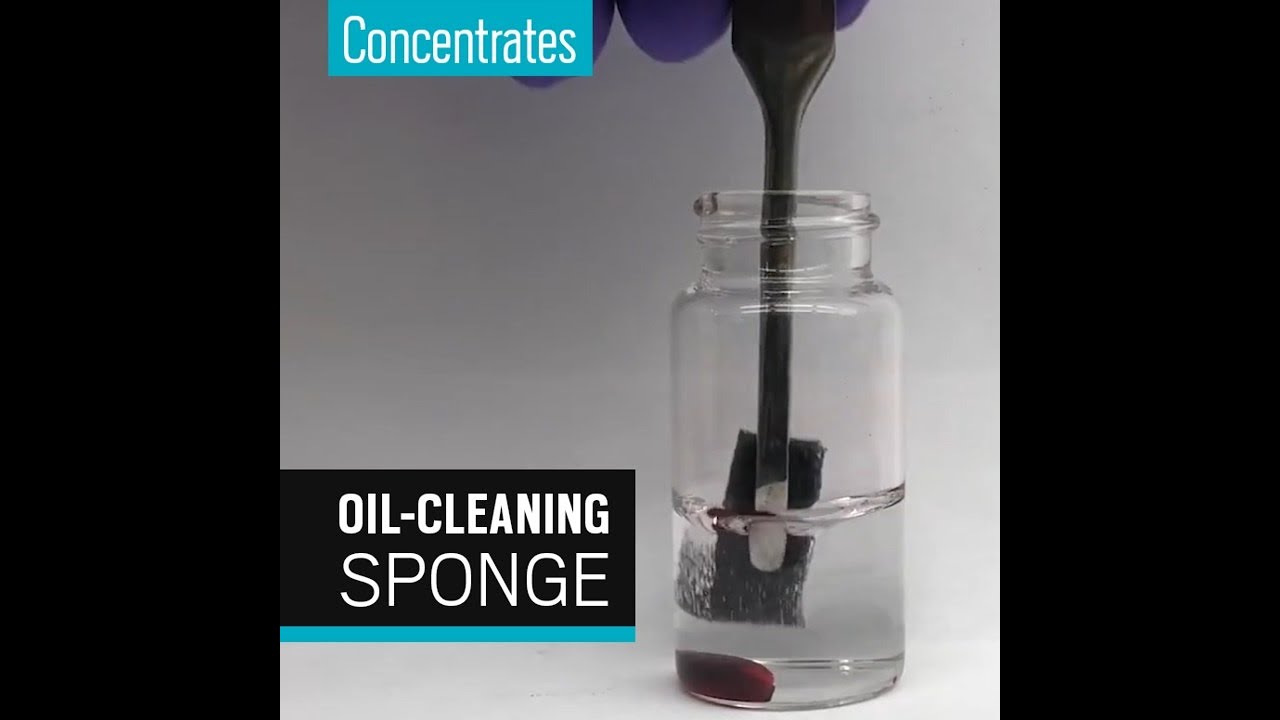 A team from Northwestern University has developed a highly porous smart sponge that can selectively soak up oil spills in water.

A team from Northwestern University has developed a highly porous smart sponge that can selectively soak up oil spills in water. With an ability to absorb more than 30 times its weight in oil, the sponge could be used to inexpensively and efficiently clean up spills without harming marine life. After squeezing the oil out of the sponge, it can be reused many dozens of times without losing its effectiveness.

The secret lies in a nanocomposite coating of magnetic nanostructures and a carbon-based substrate that is Oleophilic (attracts oil), Hydrophobic (resists water) and Magnetic (OHM). The nanocomposite’s nanoporous three-dimensional structure selectively interacts with and binds to the oil molecules, capturing and storing the oil until it is squeezed out.

“We all know oil spills have a catastrophic effect on the environment, wildlife and human health and the economy as well,” Professor Vinayak Dravid, who led the research, told Forbes. “Typically we only hear about the large scale disasters, but there are smaller spills all the time that are equally as destructive to the local ecosystem and neighboring community. Our sponge can remediate these spills in a more economic, efficient and eco-friendly manner than any of the current state-of-the-art solutions.”