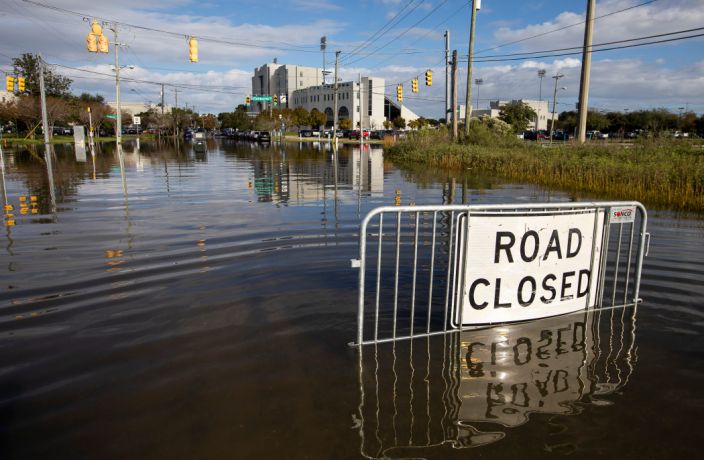 With a major overhaul of the nation’s flood insurance program just months away, new data released Monday by the First Street Foundation suggests hundreds of thousands of homeowners in the riskiest locations across America could face massive rate hikes starting in October.

The Brooklyn-based research group estimates the average rate needs to more than quadruple on the nation’s most flood-prone homes under the ongoing effort to make the federal flood insurance program solvent and ensure homeowners most at risk are paying their fair share.

First Street data projects that the majority of homeowners won't see big rate changes, and others could see premiums decrease. But for some 265,000 properties, annual premiums would need to climb $10,000 or more to match the actual risk. Those with more expensive properties are estimated to see the biggest premium increases.

Any actual rate hikes adopted by the federal government would be slowly phased in for existing policy holders.

First Street’s calculations, which the group says are based on similar methodology to what the National Flood Insurance Program will use when it rolls out its new rating system on Oct. 1, reveal a major shift is needed in pricing policies. Such changes could level the playing field overall but depress home values in some areas.

Some of the biggest gaps in current premiums versus actual risk appear in the Southeast and Mid-Atlantic regions in places like Florida, South Carolina and New Jersey. Chasms also exist in pockets of California, Texas and Washington.