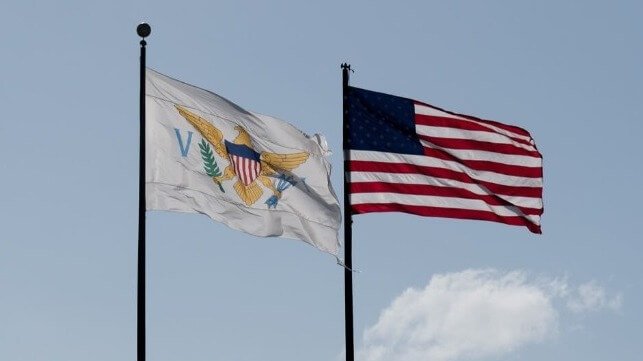 USA - Expanding US Maritime Reach: The Case for a USVI Open Registry

Could the answer to expanding the United States’ maritime reach be found in a Caribbean territory?

An interesting proposal has been floated by the Massachusetts-based Northeast Maritime Institute Center for Ocean Policy and Economics (COPE) highlighting the need for an expanded role for the United States in international maritime shipping.  Specifically, their “Revitalization Plan for U.S. Maritime Trade, Commerce and Strategic Competition” calls for the creation of a responsibly managed international open vessel registry based in the U.S. Virgin Islands.  This second U.S. registry proposal would allow a United States territory flag to fly on a much larger fleet of vessels engaged in international trade around the world, while allowing for U.S. oversight and environmentally friendly practices to set an example in the often murky world of open registries or “flags of convenience”.  This proposal deserves consideration as a potentially useful tool in the growing competition for maritime dominance with China.  As stated previously in this journal, America’s maritime power depends just as much on its civilian maritime prowess as it does on its military dominance.  Perhaps the creation of a U.S. Virgin Islands registry can expand our economic reach, reform the opaque world of open registries and respect the domestic Jones Act trade currently conducted under the U.S. flag.

While the entire proposal contains several actionable items that merit a closer read, including the construction of an environmentally “green” automated port in the Virgin Islands; the creation of an independent, yet closely overseen, U.S. Virgin Islands ship registry is quite interesting to think about.  The concept of a territorial possession second flag registry is not unique.  The United Kingdom has long had Crown oversight over its so-called “Red Ensign Group”, which maintains separate registries for a long list of UK, Crown Dependency, and UK Overseas Territories – all of which are “British ships” but maintain distinct registrations of merchant ships.  Hong Kong maintains one of the world’s largest ship registries and is separate from the China registry, yet those ships are certainly considered to be Chinese ships by most of the world at this point.