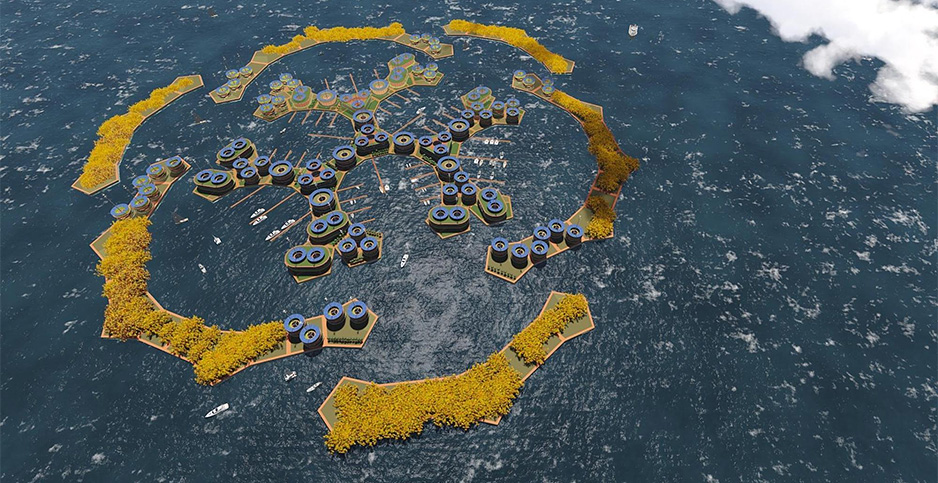 By century's end, tens of millions of U.S. coastal property owners will face a decision embodied in the popular exhortation, "Move it or lose it."

But there's an option for people who can't imagine a home without an ocean view. It's called "seasteading," and it could be a 21st-century antidote to the nation's disappearing shorelines.

"Floating cities" could become climate havens for people whose lives and livelihoods are tethered to the sea or nearby coast, according to the San Francisco-based Seasteading Institute.

In many cases, floating colonies would be populated by people whose homes are rendered uninhabitable by rising seas and storm surges that chew away at the edge of the continent.

Residents would live in modern homes built atop modular platforms that rise and fall with the tides. Some communities could be linked to the mainland by bridges and utility lines. Others could exist miles offshore as semiautonomous cities or even independent nations.

"Nearly half the world's surface is unclaimed by any nation-state, and many coastal nations can legislate seasteads in their territorial waters," says the Seasteading Institute, which has embraced floating cities with a near-religious fervor.