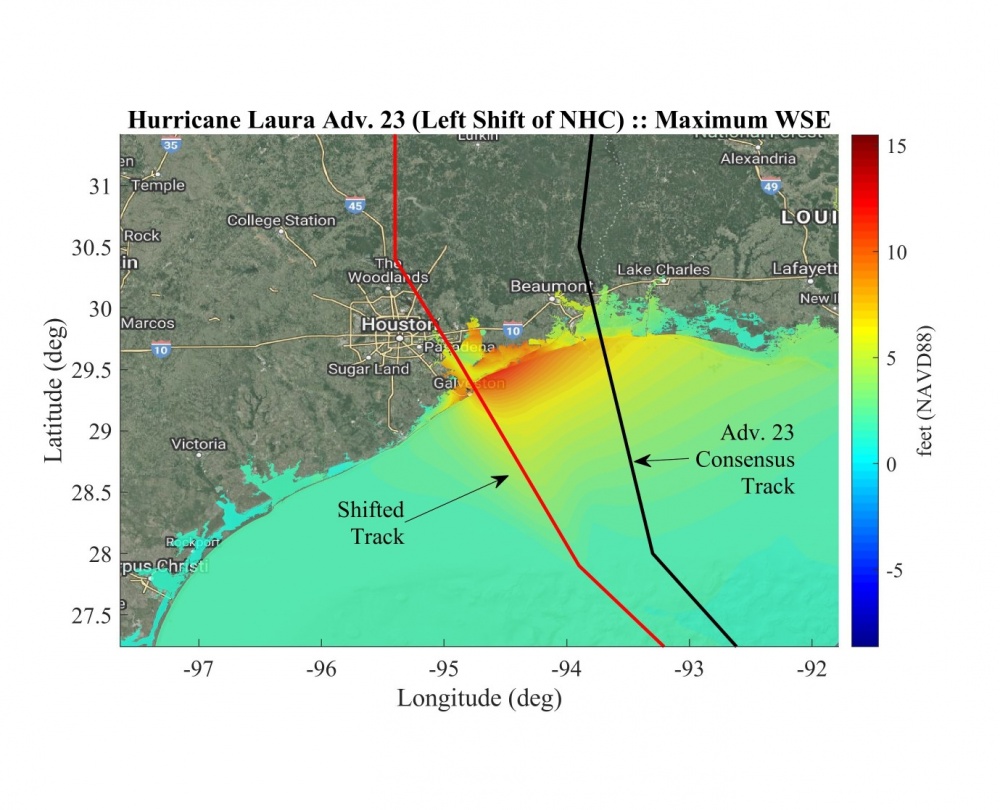 As a tropical system approaches the coastline and the intensity and impact of the storm becomes evident, officials and first responders brace for landfall by staging equipment and readying personnel for the aftermath.

The Advanced Circulation (ADCIRC) model is a higher-order accurate, physics-based and highly parallelized computational model. It is the USACE’s Hydrology, Hydraulics and Coastal Community of Practice preferred model for storm surge and circulation and is considered the industry standard for use.

Earlier this year, as Hurricane Laura approached the gulf coast, the National Oceanic and Atmospheric Administration’s (NOAA) National Hurricane Center (NHC) began narrowing landfall predictions along the border between Texas and Louisiana. As some of the region fell within the USACE Galveston District’s area of responsibility, they immediately began preparing for the storm.

“We were contacted by the Galveston District through the USACE Reachback Operational Center (UROC) and asked specifically to run some scenarios for them that would look at the structures they’re in charge of maintaining and operating to see what kind of impacts they could expect,” said Chris Massey, a research mathematician at the ERDC’s Coastal and Hydraulics Laboratory (CHL). “Specifically, they wanted us to run the consensus track from the NHC.”