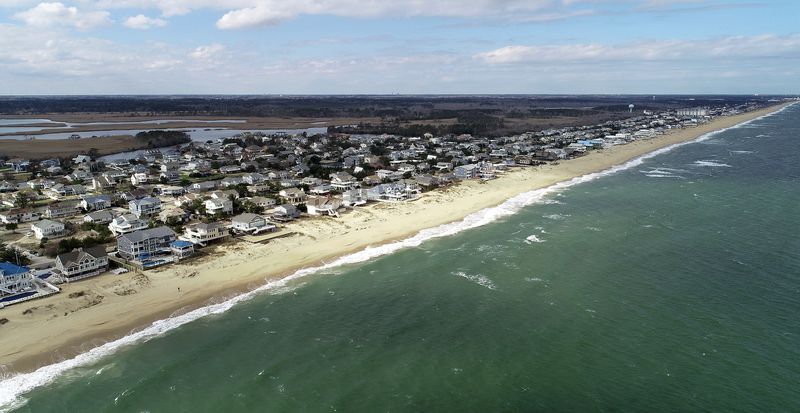 This year, the big beach replenishment project will be along the Outer Banks in North Carolina’s Dare County.

Communities from Duck not far from the Virginia line south to Buxton on Hatteras Island are spending about $99 million to add sand to their ever-shrinking beaches.

In the summer of 2019, it was Virginia Beach’s turn. Beachgoers navigated around closed areas towered over by giant machinery, as a dredging company worked to raise the beach 9 feet above sea level and widen it to about 300 feet. The price tag was $22.6 million.

In the spring of 2020, a $20.3 million effort added sand to an eroding 5-mile stretch of Sandbridge Beach.

Even the last holdout on North Carolina’s Outer Banks, Currituck County, has begun to study whether to start nourishing beaches. The Outer Banks section of Currituck includes Corolla, the Currituck Lighthouse, Carova Beach and wild mustangs popular with tour groups.

It would be great if these expensive projects created a stable beach that wouldn’t need similar shoring up for at least a couple of decades. But beach renourishment efforts can’t be viewed as construction projects yielding complete and more-or-less-permanent results. For communities that depend on their tourism economy and are in danger of being inundated or washed away, replenishing beaches has become routine maintenance, something that’s hardly finished before it must be done again.

Most of these same Outer Banks communities had beach widening projects in 2017. Virginia Beach renourished its beaches in 2013. Sandbridge had similar projects in 2003, 2007 and again in 2013.