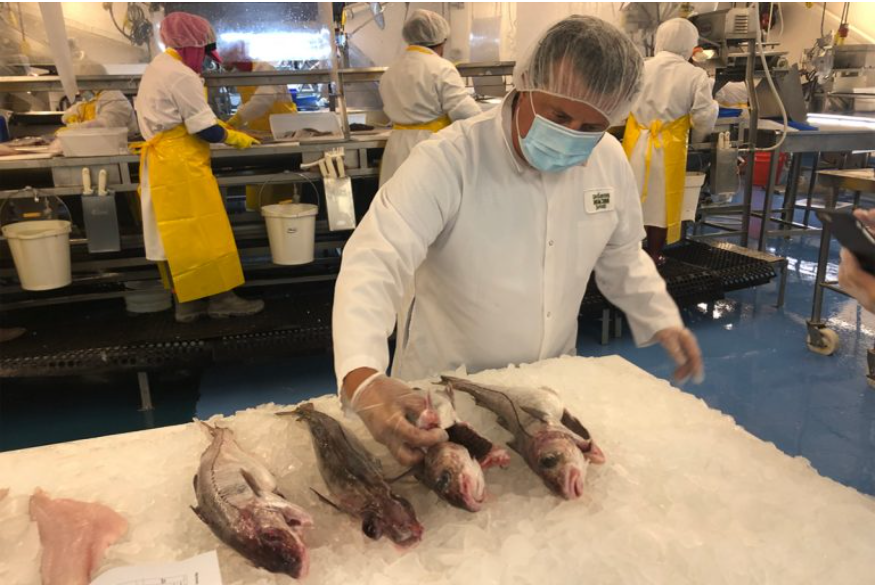 While delivering food boxes this summer to tribal communities in Oregon’s Columbia River watershed, Bobby Rodrigo was floored by what he saw. Tribal members were living in campers and RVs with no electricity, a single hose for running water, and no permanent structures except for a bathroom. Meant to be temporary, these “in-lieu fishing communities” were created in the 1950s when the federal government-built dams that forced tribal members to leave their ancestral fishing grounds.

It was like “being in a homeless shelter, without the infrastructure,” said Rodrigo, who is part Mohawk, a member of the Native American Committee of the American Bar Association, and legal and operations director for We Do Better Relief.

Rodrigo was handing out food boxes as part of a pandemic relief effort led by a new Pacific Northwest coalition called The Wave. Efforts started earlier that day at an event in Cascade Locks, Oregon, focused on tribal members, but open to the public, before moving out to the in-lieu fishing communities.

A partnership with the community-supported fishery (CSF) Alaskans Own, the Alaska Sustainable Fisheries Trust, and the Alaska Longline Fishermen’s Association, the Wave’s fish donation program involves a slew of Northwest food security groups, tribal organizations, chefs, food trucks, and seafood groups. The groups received funding from a nonprofit accelerator group, Multiplier, to purchase 130,000 pounds of fish from small boat, Alaskan fishermen to provide to food-insecure communities in Washington and Oregon.

While the program focuses on rural, and/or predominantly Black, Indigenous, and People of Color (BIPOC), communities, it’s recently pivoted to feeding firefighters and evacuees as deadly wildfires sweep Oregon. Getting seafood—or, truly, any fresh and healthy food—to communities like those in-lieu settlements in Oregon and Washington poses additional challenges, but those are precisely what these partners aim to solve.

The partnership is one of six U.S. fish donation programs funded by Multiplier through its Catch Together program, which supports community-based fishermen. At its core, Catch Together’s grant program aims to provide fishermen a living wage to help feed food insecure families a highly nutritious, lean protein—locally caught seafood—that is rarely, if ever, included in food relief efforts.