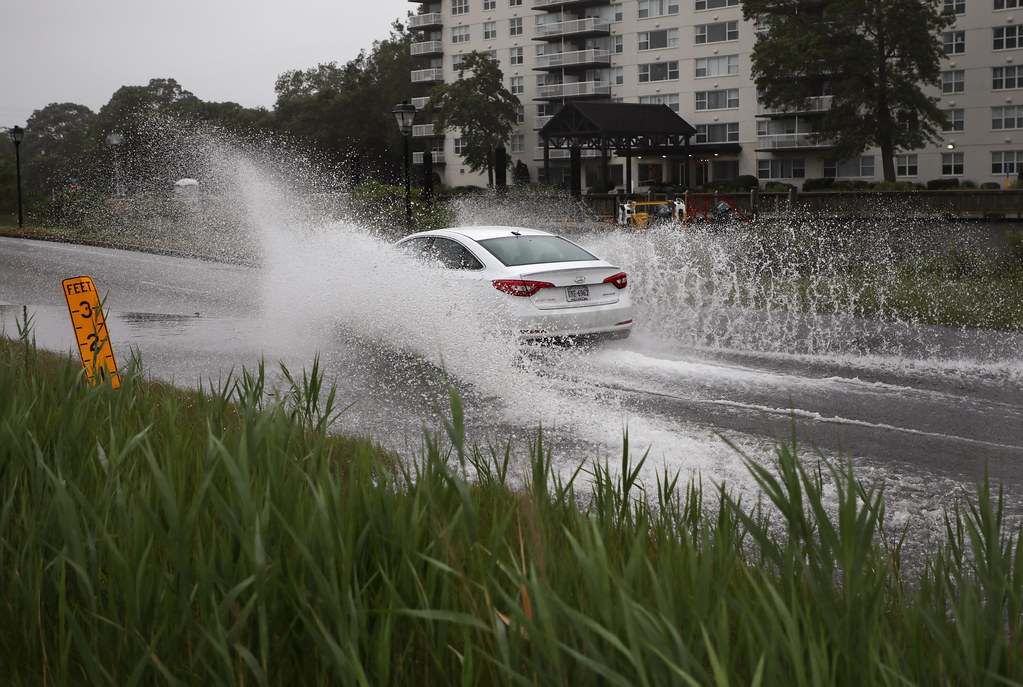 Nuisance flooding has increased on U.S. coasts in recent decades due to sea level rise, and new research co-authored by the University of Central Florida uncovered an additional reason for its added frequency.

In a study appearing today in the journal Science Advances, researchers show that higher local tide ranges, most likely from human alterations to coastal areas and estuaries, has increased the number of nuisance flooding days in many coastal locations in the U.S.

Coastal nuisance flooding is considered to be minor flooding from the seas that causes problems such as flooded roads and overloaded stormwater systems, which can be major inconveniences for people and provide habitat for bacteria and mosquitoes.

Changes to local tide range often occur in coastal areas and estuaries when channels are dredged, land is reclaimed, development occurs, or river flows change. This can cause tide ranges, defined as the height difference between high tide and low tide, to increase in some areas and decrease in others.

The study found that out of the 40 U.S. National Oceanic and Atmospheric Administration tidal gauge locations used in the study that dot the continental U.S. coastlines, nearly half had more nuisance flooding days because of higher local tide ranges.

"It's the first time that the effects of tidal changes on nuisance flooding were quantified, and the approach is very robust as it is based purely on observational data and covers the entire coastline of the U.S. mainland," says study co-author Thomas Wahl, an assistant professor in UCF's Department of Civil, Environmental and Construction Engineering.