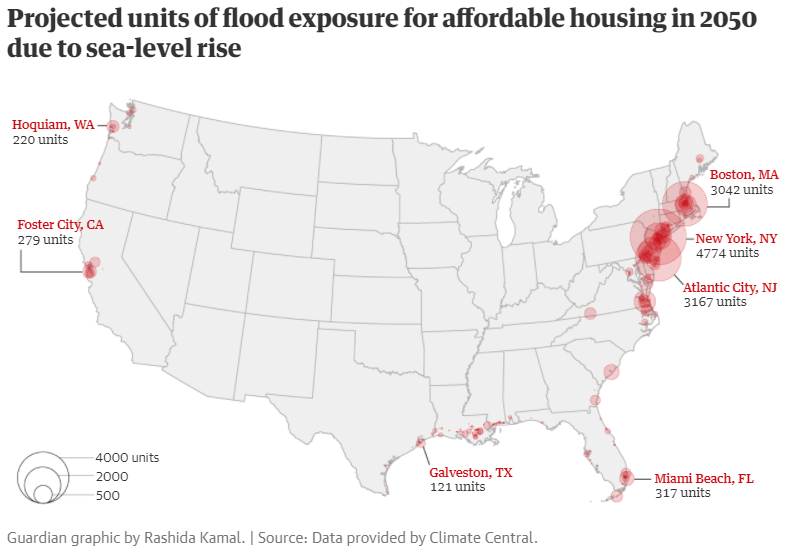 A new study has found that affordable housing in New York, Massachusetts, New Jersey and California will be at particular risk

The amount of affordable housing in the US vulnerable to coastal flooding is set to triple over the next 30 years, a new study has found in a further sign of the escalating hardships faced by low-income Americans amid an unraveling climate crisis.

Affordable housing in New York, Massachusetts, New Jersey and California is at particular risk of flooding from worsening storms or even high tides pushed on by rising sea levels, according to research conducted by Climate Central, a New Jersey-based science organization.

Currently, 7,668 affordable housing units across the US can be expected to flood in a typical year but this number is set to balloon to 24,519 units by 2050 if planet-warming emissions aren’t drastically reduced. Even if big greenhouse gas cuts are made, a similar number of houses and apartments may still flood due to heating already locked in from decades of fossil fuel use.

“Cutting emissions makes a huge, life-or-death difference in the second half of the century but there will be a growing need to build resilience and adapt no matter what we do now,” said Benjamin Strauss, chief executive and chief scientist of Climate Central.