Coastwide
Piers and dock structures in Mobile Bay, Mobile Alabama CSU researchers investigated the toll of sea level rise on residential building foundations in Mobile, Alabama, and developed a framework for inspection and repair to lower the cost to building owners. Photo of Mobile Bay by Jim Cunningham from Pixabay. 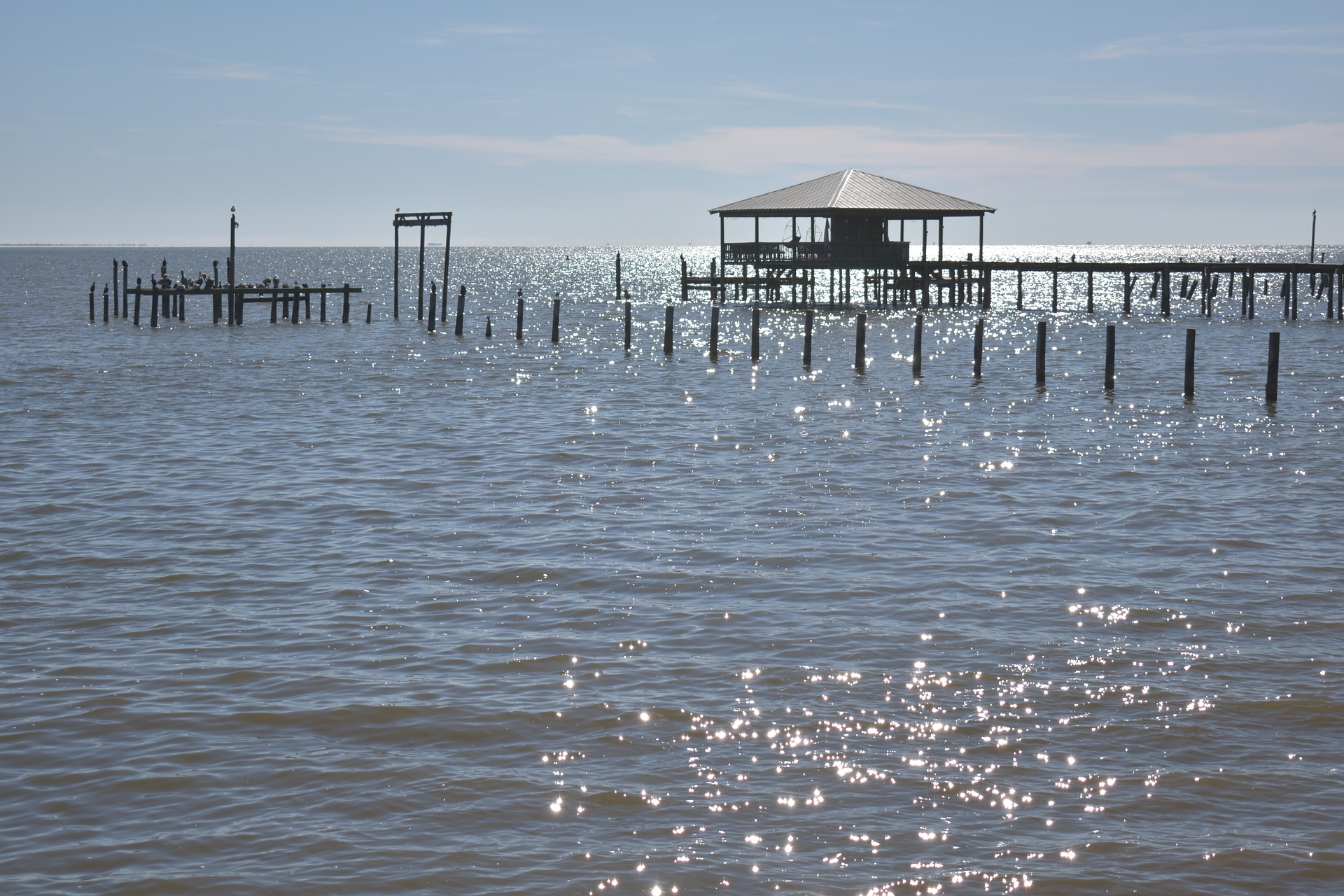 Researchers have considered how flooding from rising sea levels and storm surges will damage the built environment along the coast, but what about climate change’s less noticeable impacts below the surface?

A new study by Colorado State University civil engineers examines the hidden costs to building foundations due to sea level rise. They propose a method for inspection and repair to lower the cost associated with deterioration from saltwater corrosion.

The researchers, who are part of the NIST Center for Risk-Based Community Resilience Planning at CSU, say it is important to plan ahead – especially considering there are more than 16 million buildings along the U.S. Atlantic and Gulf coasts.

“This is a problem, and it’s going to cost a lot of money,” said Hussam Mahmoud, a professor in the Department of Civil and Environmental Engineering and co-author on the study.

As sea level rises, so does the groundwater table, and saltwater is more corrosive than freshwater. Using existing predictions for sea level rise and water table levels based on wells in Mobile, they predicted how long it would take for saltwater to reach the buildings’ foundations.

Under the most extreme sea level rise projections, they estimated the annual repair cost for foundations in Mobile could total $90 million by 2100.

“The significance here is that this value that we found for one of the saltwater intrusion scenarios is just for 137,000 buildings in Mobile,” Mahmoud said. “If you calculated the cost for the entire East Coast – or from the East to the West Coast – it would be staggering.”

The engineers developed a formula to help building owners determine when to inspect and repair their buildings based on building location and the probability of saltwater corrosion. They say waiting for the right time to repair the foundation – but not so long that damage has been done – will save building owners money.

They also proposed the use of low-cost sensors to monitor the water table level near a building’s foundation and protect against uncertainties.

The researchers chose to study Mobile because it is an industrial port city with a large economically disadvantaged population. They have started investigating the impact of natural disasters on Mobile’s vulnerable communities to figure out the best way to allocate resources to help them recover in an emergency.

“In order for us to assess social and economic impact, we have to have a good understanding of the impact of the hazard on the built environment,” Mahmoud said.

Next, the team plans to examine structural performance beyond the foundation and how that affects people in the area. For example, how much wind and water surge during a hurricane can a structure withstand before alternative housing or shelters are needed?

“This work will allow us to be proactive about finding solutions quickly to help those in need, instead of waiting until it’s bad,” Mahmoud said.

Helping communities recover from natural disasters is the focus of the CSU-led Center for Risk-Based Community Resilience Planning, a $20 million partnership with the National Institute of Standards and Technology that involves collaborators from more than a dozen other universities.