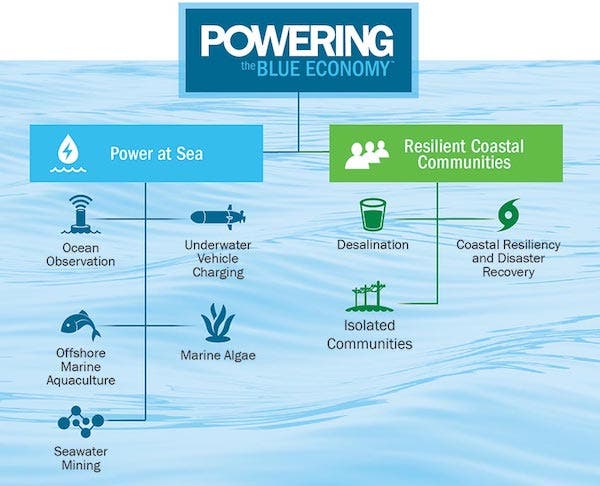 Natural gas and nuclear stakeholders have been looking to fill the void left by coal’s departure from the US power generation scene, but it looks like their work is getting harder by the minute.

In the latest development, the Department of Energy is loading up the nation’s clean power plate with a new marine energy research center, aimed at promoting offshore industries along the Atlantic coast.

More Clean Power From The Waters Of The Earth‍

For those of you new to the topic of marine energy, the idea is to deploy the natural motion of tides and waves to set a mechanical device in motion, and then transfer that mechanical energy into an electrical current.‍

Hydrokinetic devices can also be deployed in rivers, which is another area of Energy Department focus. The wave and tidal area is of particular interest, though, because it opens up the potential for broad growth in oceangoing industries (more on that in a second).

For the record, the US does have a strong hydropower profile, but the typical hydropower plant requires a dam in order to optimize and regulate water pressure. The development of wave and tidal energy would provide for a whole new field of water-sourced energy in coastal areas.

There being no such thing as a free lunch, the technology hurdles for wave and tidal energy converters are formidable. To cite just one example, it has taken almost 20 years for the nation’s first commercial tidal energy project to get off the drawing board and into the power generation business.