Coastwide
A rendering of the proposed direct air capture plant Occidental Petroleum wants to build in the Permian Basin, to be engineered by Carbon Engineering and 1PointFive. Final rules for the 45Q tax credit for carbon capture projects just released by the IRS could pave the way for new projects in the Permian Basin and elsewhere. 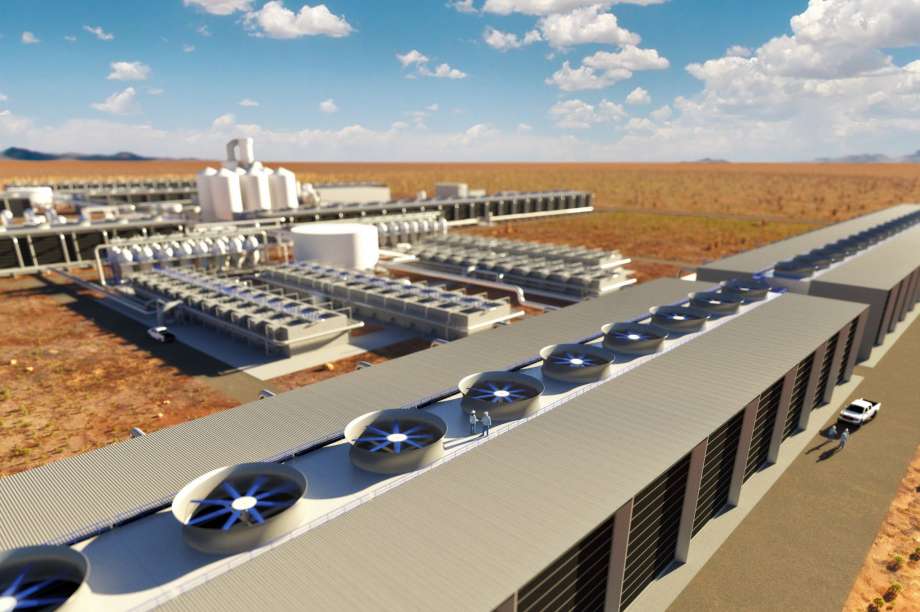 USA takes step forward to address climate change. Congress authorized the IRS to create tax credits worth billions of dollars to remove CO2/carbon oxides from the atmosphere and lock in "secure geologic storage." The final rules for implementation of Section 45Q of the Internal Revenue Code have been adopted.

By
Carbon Capture Coalition and others
Section:
Federal
Region:
Coastwide

Nearly three years after passage of the FUTURE Act reforming the Section 45Q tax credit, the Internal Revenue Service has issued a final rule to implement the credit. The following statement from the Carbon Capture Coalition may be attributed to Coalition director Brad Crabtree:

“The Carbon Capture Coalition welcomes the release of final rules to implement the reformed 45Q tax credit. The final rule will provide long overdue regulatory and financial certainty to incentivize private investment in economywide deployment of carbon capture, removal, transport, use and geologic storage across a range of key industries. The final rule, coupled with the two-year extension of 45Q passed in December as part of the 2020 omnibus spending package, will help to unlock billions of dollars in private capital to continue moving forward on the approximately 30 publicly identified commercial carbon capture projects already under development nationwide in response to the revamped tax credit.

Since enactment of the reformed and expanded 45Q tax credit as part of the Bipartisan Budget Act in February of 2018, the Coalition has spent over two years building consensus among its growing membership of 80-plus companies, unions and NGOs on the effective implementation of 45Q, including comprehensive submissions of consensus model guidance and recommendations to Treasury and the IRS in November 2018,  June 2019 and August 2020.

The IRS final rule to implement the 45Q tax credit incorporates multiple priorities identified by the Coalition in comments to the agency. For example, the rule:

One major priority of the Coalition—ensuring public transparency in demonstrating secure geologic storage to claim the tax credit—remains unaddressed in the final rule. While companies that opt to use the ISO standard to demonstrate secure geologic storage will be fully subject to IRS compliance requirements, the IRS maintains that it lacks the legal authority to require public disclosure of the documentation submitted. The Coalition will recommend to policymakers an alternative approach to providing that transparency to maintain public confidence in the integrity of the 45Q tax credit.

Looking ahead, the Coalition will continue to work with the new Congress and incoming Biden Administration to advance vitally important complementary legislative priorities, including the option of direct pay to provide a cash payment in lieu of the 45Q tax credit. At a time when new economic activity and job creation are urgently needed, direct pay for 45Q will enable developers to attract private capital to finance existing projects and develop new ones, without incurring the added complexity and cost burdens of tax equity investment, which significantly diminishes the overall value and effectiveness of the incentive Congress has provided.”

The Carbon Capture Coalition is a nonpartisan collaboration of more than 80 businesses and organizations building federal policy support for economywide deployment of carbon capture, removal, transport, use, and storage. Our mission is to reduce carbon emissions to meet midcentury climate goals, foster domestic energy and industrial production, and support a high-wage jobs base through the adoption of carbon capture technologies. Convened by the Great Plains Institute, Coalition membership includes industry, energy, and technology companies; energy and industrial labor unions; and conservation, environmental, and energy policy organizations.