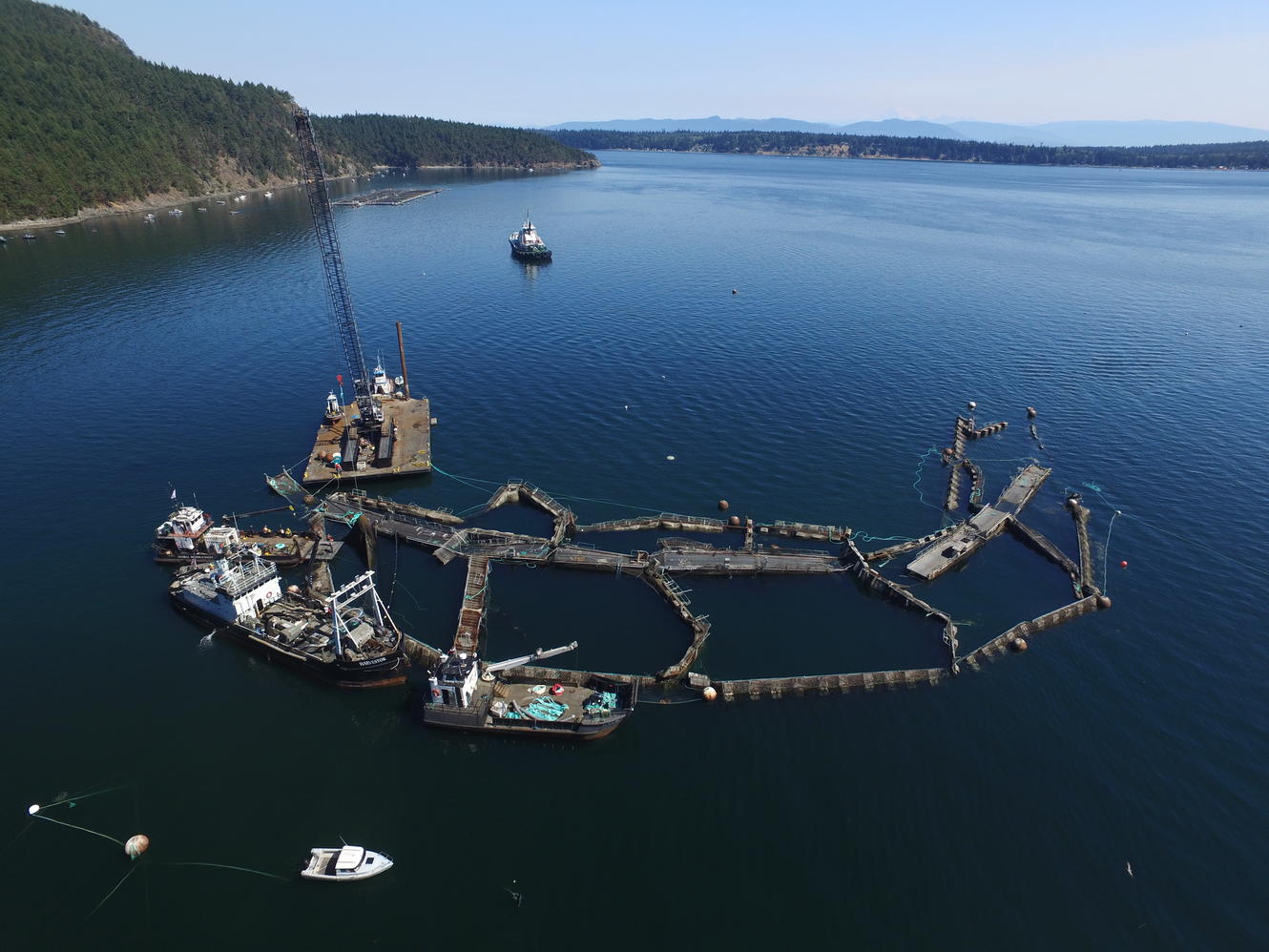 Some researchers say the open-net-pen farms are breeding grounds for parasites, viruses and bacteria that devastate wild populations.

This year could see the end of open-net-pen salmon aquaculture on the US and Canadian west coasts. This approach to salmon farming is already banned in California, Oregon, and Alaska, leaving British Columbia and Washington State as the last two holdouts. Now, with leases and licenses for the few remaining open-net-pen salmon farms about to expire, politicians in both jurisdictions must decide whether to renew them, or end the practice for good.

The Canadian decision will come first. The majority of British Columbia’s 105 licenses for open-net-pen Atlantic salmon farms are set to expire on June 30, and Joyce Murray, Canada’s minister of fisheries, oceans, and the Canadian coast guard, must decide before then whether to renew them, and if so, for how long. Even if they are renewed, though, it would be a temporary respite for salmon farmers. The Canadian government has already committed to transitioning away from open-water salmon farming in British Columbia by 2025.

In Washington, Hilary Franz, the commissioner of public lands, is considering the fate of the state’s two remaining leases. One already expired in March and is currently operating month to month pending the outcome of a lawsuit, while the other will expire in November. Those farms currently contain steelhead trout, not salmon. Farming non-native fish was banned in Washington after a net pen collapsed in 2017 releasing hundreds of thousands of Atlantic salmon into the Pacific Ocean.

Emma Helverson, executive director of Wild Fish Conservancy, a conservation organization based in Seattle, Washington, says the coincidence of the two decisions coming in the same year is an exciting opportunity for protecting wild salmon. “Here we have two leaders on either side of the border who have the power to make a decision that would eliminate a major limiting factor to the recovery of wild salmon,” she says.

Alexandra Morton, an independent biologist and science adviser to the ‘Namǥis First Nation, says the farms are a huge source of parasitic sea lice, viruses, and bacteria that are devastating wild populations. “The damage is catastrophic, and there’s nothing the industry can do to stop it,” she says.