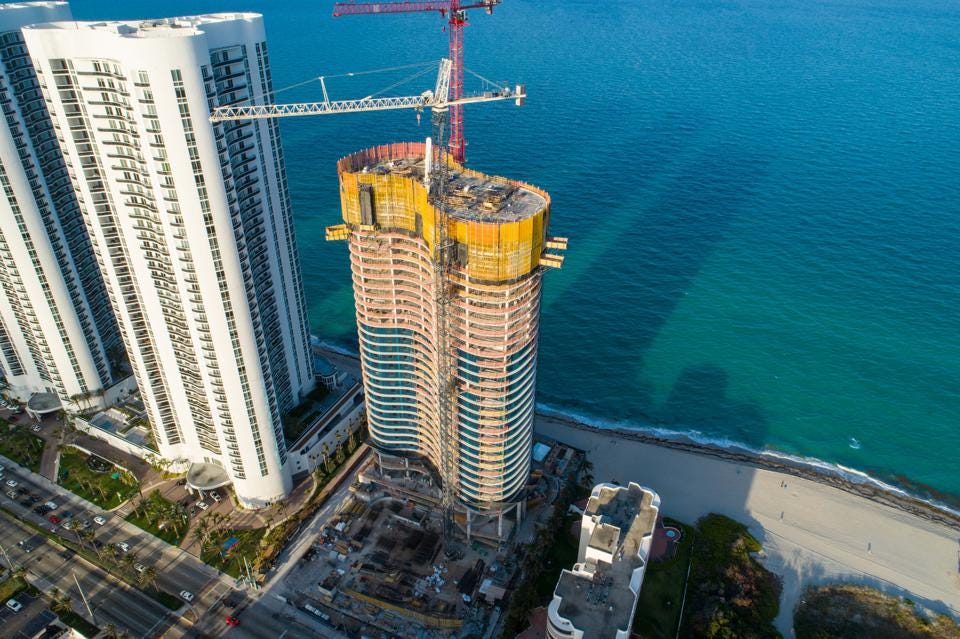 I write about resilience in the face of disasters.

It often comes to a head at this time of year, the opening of the Atlantic hurricane season: Humans around the world continue to flock to coastlines, moving businesses and families to areas that have been repeatedly deluged by storms and will undoubtedly suffer increasing hazards in the future. This trend poses a huge challenge to financial resilience in many areas around the globe.

In the U.S., 40% of the population lives on the coast, which accounts for less than 10% of the landmass. From 1970 to 2010, the population of coastal counties increased by 34.8 million people or roughly 40%. In the past year, 4 of the 5 U.S. metro areas with the biggest gains in net new arrivals were coastal ones: New York and the Florida cities of Miami-Fort Lauderdale, Jacksonville, Orlando, and Tampa.

The population isn’t the only thing that’s climbing. By 2050, the U.S. coastline is projected to see (on average) up to another foot of sea level rise, packing into just 30 years an increase that previously took a century. Under the most extreme climate-change scenarios, the average sea level is projected to rise 3.5 feet to 7 feet in less than 80 years.

Even under far more likely and less severe scenarios, continued, coastal development at the shore is simply untenable because of the obvious and increasing flood risk due to sea level rise and other factors. Within the lifetime of most readers of this article, many coastal properties are destined to be patently unusable, not long after becoming uninsurable.

As concerning as the situation may be, the general numbers don’t tell the whole story.