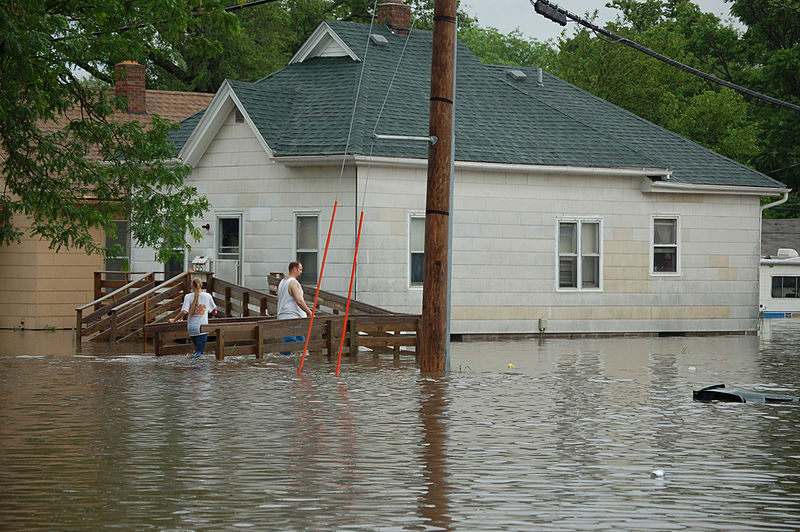 USA - Blame It on the Rain: Climate Change Has Caused Billions of Dollars in Flood Damages

Even in states where the long-term mean precipitation hasn’t changed, in most cases the wettest events have intensified, increasing the financial damages, Stanford Earth found

It’s not simply population growth, shortsighted construction decisions or insatiable demand for desirable waterfront lots that account for costly flood damage in the past few decades. It is actually raining more often and more heavily than before.

Over the past three decades, intensifying precipitation has accounted for roughly $75 billion of the estimated $199 billion in U.S. flood damages from 1988 to 2017, a group of Stanford University scientists argue in research posted Monday in the journal Proceedings of the National Academy of Sciences.

Noah Diffenbaugh, senior author of the report and the Kara J. Foundation Professor at Stanford Earth, and his team found that climate change has contributed substantially to the growing cost of flooding in the U.S., and that exceeding the levels of global warming agreed upon in the voluntary UN Paris Agreement is very likely to lead to greater intensification of the kinds of extreme precipitation events that have been most costly and devastating in recent decades. The Paris pact aims to hold the increase in average global temperatures “well below” 2 degrees Celsius (3.6 degrees Fahrenheit), and ideally no more than 1.5C (2.7 F), compared to pre-industrial levels.

Insurer Munich Re calls flooding “the No. 1 natural peril in the U.S.” But although flooding is one of the most common, widespread and costly natural hazards, determining whether climate change has contributed to the rising financial costs of flooding — and if so, by how much — has been a topic of debate. The Stanford Earth group looked to close that debate gap.