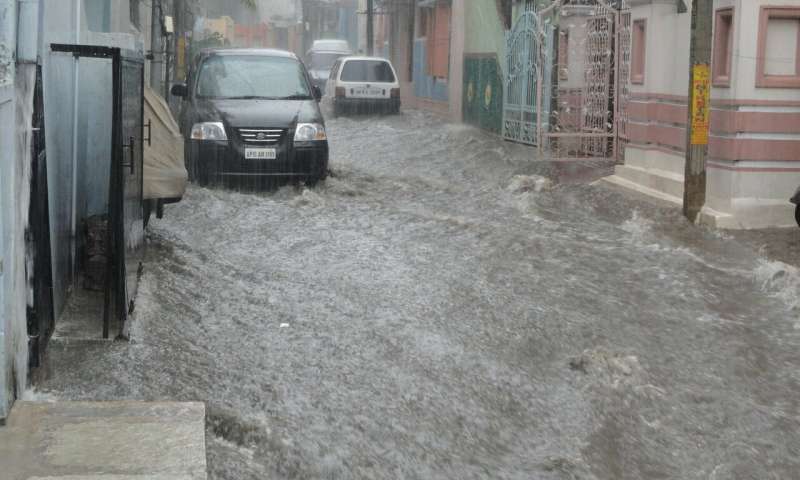 Black and Hispanic people and people with low incomes are more likely to live in areas at high risk of flooding from natural disasters than white and Asian people, according to a new study led by the University of Arizona.

The study also found that certain reforms to the federal government's widely used flood insurance program could be disproportionately burdensome to the same groups of people.

The findings come amid a record-breaking 2020 Atlantic hurricane season that has pummeled the southeastern United States. Hurricane Sally, which made landfall on Sept. 16, devastated parts of Alabama and Florida. Two days later, forecasters at the National Hurricane Center ran out of the 21 storm names, following the Latin alphabet, that it had decided on for this year. Scientists turned to the Greek alphabet, for only the second time ever, to name the following storms.

The study will be published in the November issue of the Journal of Environmental Economics and Management. Laura Bakkensen, an associate professor in the School of Government and Public Policy in the College of Social and Behavioral Sciences, was the paper's lead author. Bakkensen, an environmental economist, researches policy responses to natural disasters.

"We see a lot of news reports where sometimes poorer or minority-rich communities may feel greater losses," Bakkensen said. "Understanding whether that's happening and what might be driving that is really what got me interested in this."

A Database of Homebuyers' Choices

Bakkensen and her colleague Lala Ma at the University of Kentucky looked at four years of property sales data for nearly 50,000 homes in south Florida. The area has many properties prone to flooding, which made it a strong case study, Bakkensen said.