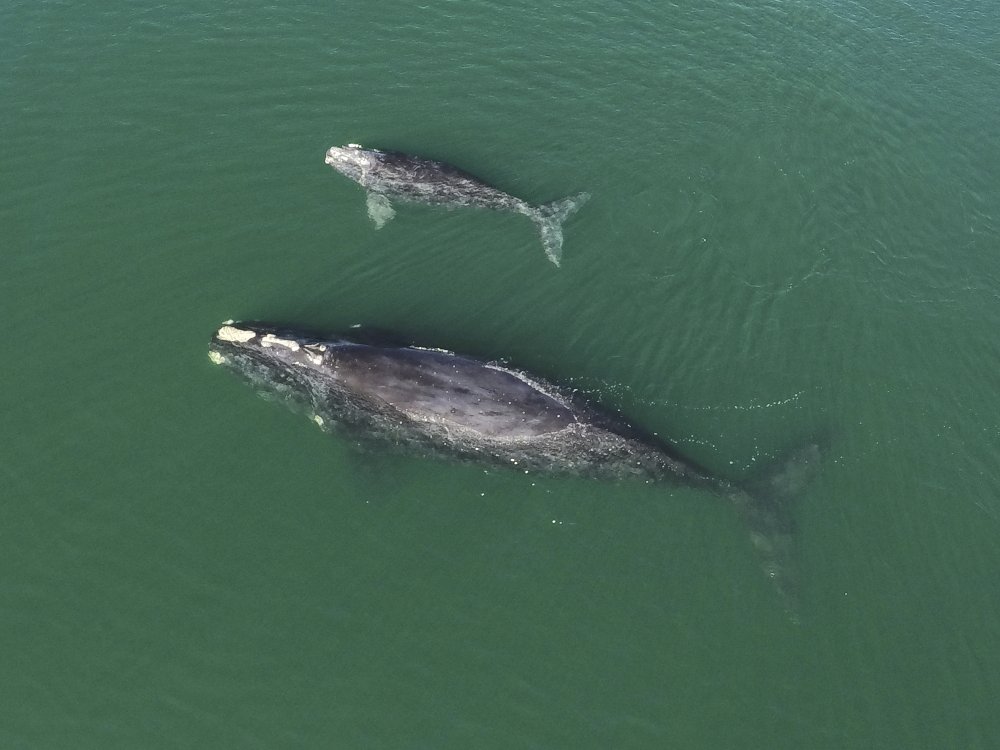 SAVANNAH, Ga. (AP) — North Atlantic right whales gave birth over the winter in greater numbers than scientists have seen since 2015, an encouraging sign for researchers who became alarmed three years ago when the critically endangered species produced no known offspring at all.

Survey teams spotted 17 newborn right whale calves swimming with their mothers offshore between Florida and North Carolina from December through March. One of those calves soon died after being hit a boat, a reminder of the high death rate for right whales that experts fear is outpacing births.

The overall calf count equals the combined total for the previous three years. That includes the dismal 2018 calving season, when scientists saw zero right whale births for the first time in three decades. Still, researchers say greater numbers are needed in the coming years for North Atlantic right whales to rebound from an estimated population that’s dwindled to about 360.

“What we are seeing is what we hope will be the beginning of an upward climb in calving that’s going to continue for the next few years,” said Clay George, a wildlife biologist who oversees right whale surveys for the Georgia Department of Natural Resources. “They need to be producing about two dozen calves per year for the population to stabilize and continue to grow again.”

Right whales migrate each winter to the warmer Atlantic waters off the Southeastern U.S. to give birth. Trained spotters fly over the coastline almost daily during the calving season, scanning the water for mothers with newborns.

Survey flights over Georgia and Florida ended Wednesday on the last day of March, typically the season’s end. Spotters will monitor waters off the Carolinas through April 15, hoping to pick up any overlooked newborns as the whales head north to their feeding grounds.