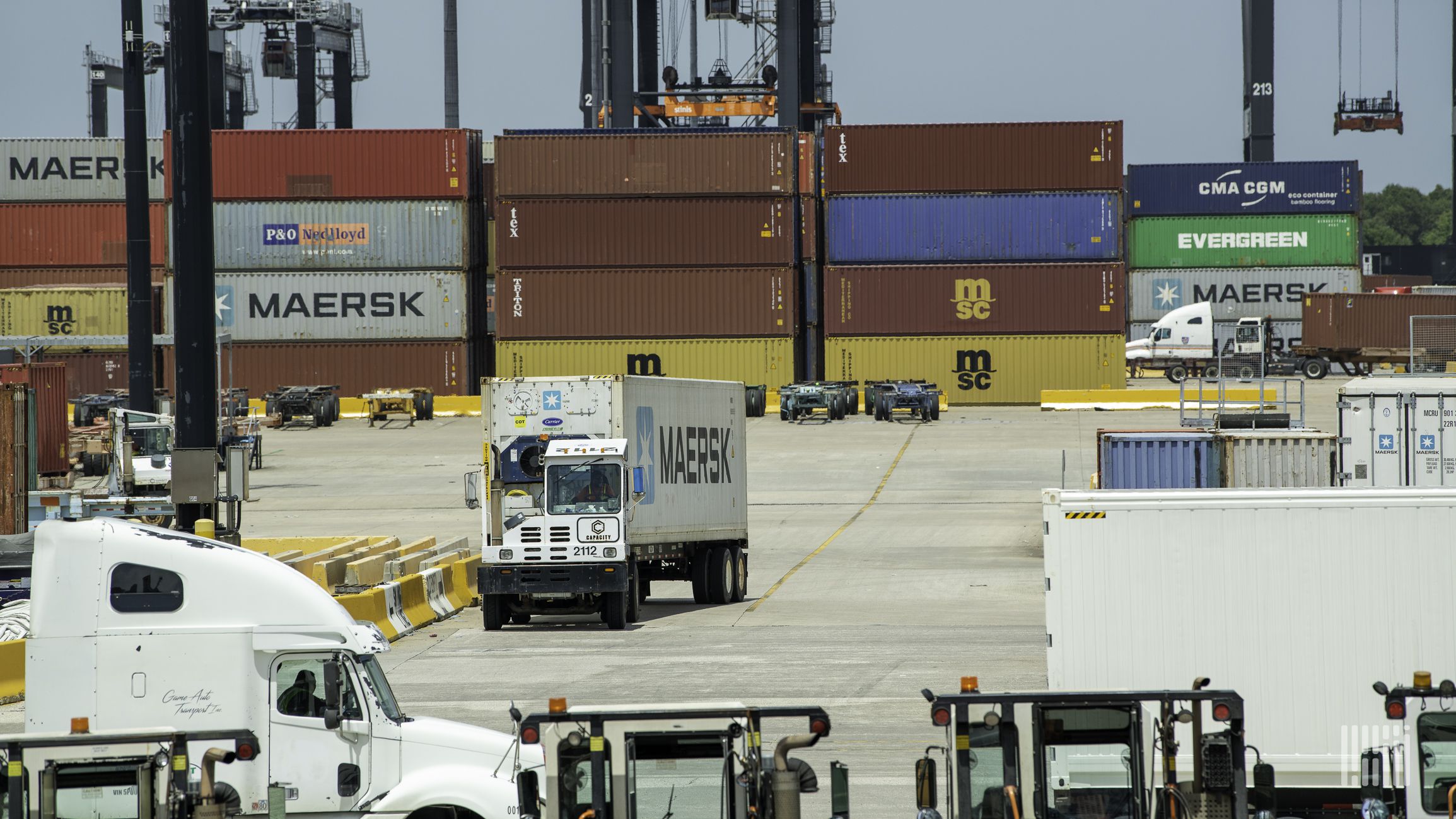 Billions of dollars in federal grants aimed at reducing air pollution at seaports are included in the Democrats’ inflation bill with the caveat that the money cannot be used to automate container terminals.

The new version, which backers say will raise $739 billion in revenue by closing corporate tax loopholes among other budgetary changes, also invests in domestic energy production and manufacturing with a goal of reducing carbon emissions by roughly 40% by 2030.

One of the provisions in the bill makes available, until September 2027, $3 billion in grants and rebates to port authorities and marine terminals to purchase and install zero-emission cargo-handling equipment.

While the restriction is not included in the grant provision in the climate bill, the provision defines zero-emission port equipment or technology as being “human-operated equipment or human-maintained technology” and therefore continues to exclude automated technology from grant eligibility without the separate language.

Eligible cargo handling equipment or technology is further defined in the bill as producing zero emissions of air pollutants and greenhouse gases or that captures 100% of such emissions produced by ocean vessels at berth.

“This would go a long way to help seaports meet their emission reduction goals,” said Elaine Nessle, executive director of the Coalition for America’s Gateway and Trade Corridors. “Freight projects often have economic benefits for the entire country, but they can also negatively impact local communities, so it’s good to have resources at the federal level to offset those negative impacts.”

Maintaining a port automation exclusion is notable given that automation is considered a major factor in current negotiations between the International Longshore and Warehouse Union (ILWU) and U.S. West Coast marine terminal operators. The ILWU has been wary of automation expansion and downplayed claims by terminal employers on the extent of automation benefits promoted by management.

Freight markets are not all-in on the inflation bill, however. NATSO, which represents truck stops and travel plazas, is urging lawmakers to oppose it because while it extends the biodiesel and renewable diesel tax credit, it provides a higher tax credit of up to $1.75 per gallon for sustainable aviation fuel (SAF) production.