Coastwide
PHOTO / MAUREEN MILLIKEN Funding for continued maintenance of national parks, including about $65 million for Maine's Acadia National Park, pictured, has been approved by the Senate. 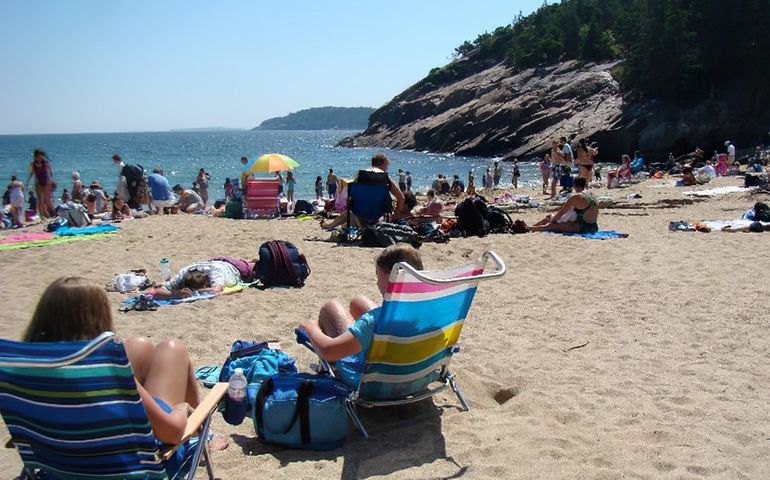 The Great American Outdoors Act, a bill cosponsored by Maine's U.S. senators and considered by advocates among the most important conservation laws in decades, was passed by the Senate Wednesday.

The act includes $9.5 billion over five years for to help take care of the $12 billion backlog at national parks — including $65 million at Maine's Acadia National Park — and other federal land maintenance and also fully fund the Land and Water Conservation Fund, which is responsible for $18.4 billion in land acquisition and facility construction over the past five decades..

Together, the two pieces of the act are expected to generate hundreds of thousands of jobs and support a variety of outdoor recreation businesses and communities. The act funnels billions of dollars into preserving and maintaining recreational land, creating a powerful economic generator for the outdoor recreation industry and potentially restoring jobs lost in the COVID-19 crisis.

U.S. Sen. Angus King, I-Maine, the ranking member on the Senate Parks Subcommittee, called the act "monumental legislation that will preserve these lands for future Americans." He and U.S. Sen. Susan Collins, R-Maine, are cosponsors.

The Restore Our Parks Act, the maintenance funding part of the legislation, will support an average of 40,300 direct jobs and 100,100 direct and indirect jobs over the next five years, King said, citing a National Park Service study.

Collins said the legislation builds on last year's reauthorization of the Land and Water Conservation Fund, which is "our country’s most successful conservation and outdoor recreation program."

"Its funding has been used to open up key areas for hunting, fishing and recreational access; support working forests and ranches; protect critical lands in national parks, national wildlife refuges and national forests; and to support state and local projects, from ball parks to recreation trails," she said.

The legislative package was approved 75-25 by the Senate, and still must be approved by the House of Representatives.

The $9.5 billion Restore Our Parks Act, cosponsored by King, addresses a $20 million federal recreation land maintenance backlog. The $12 billion national park backlog, including $65 million at Maine's Acadia National Park, would get 70% of the money; the U.S. Forest Service would get 15%; the U.S. Fish and Wildlife Service, Bureau of Land Management and Bureau of Indian Education would split 5%.