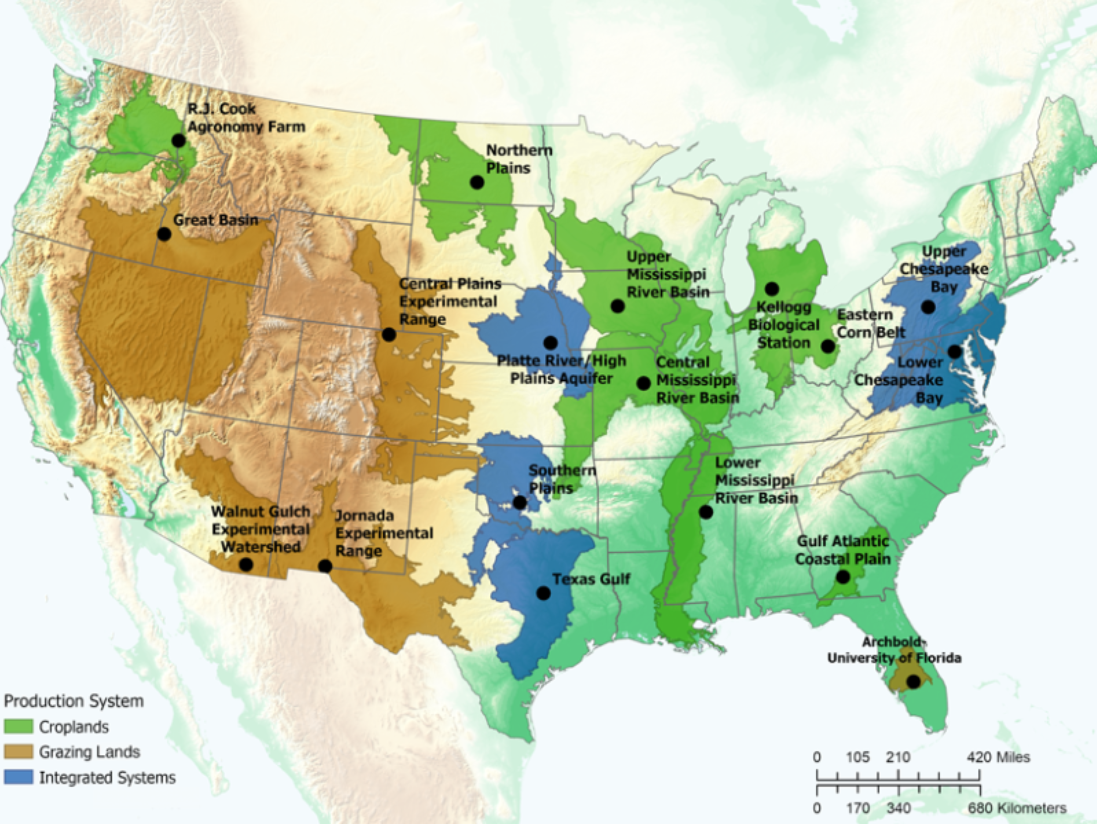 During the mid-1930s, in the wake of devastating Dust Bowl–era storms, the U.S. Department of Agriculture (USDA) established a series of experimental watersheds to better understand how erosion, runoff, and water quality vary in response to different agricultural practices. In the 1950s, USDA expanded this program to create the Agricultural Research Service (ARS) Experimental Watershed Network.

More than a half century’s worth of high-resolution observations from within this network have led to unprecedented understanding of watershed processes. As Goodrich et al. highlight, long-term knowledge gained from the ARS network now underpins dozens of models and research methods that guide billions of dollars’ worth of conservation measures and infrastructure investments.

The data collected within the ARS Experimental Watershed Network are noteworthy for the long time period they cover and their impressive reach. More than 10,000 peer-reviewed publications have been based on data collected in the hundreds of watersheds that at various times have been included in this network.