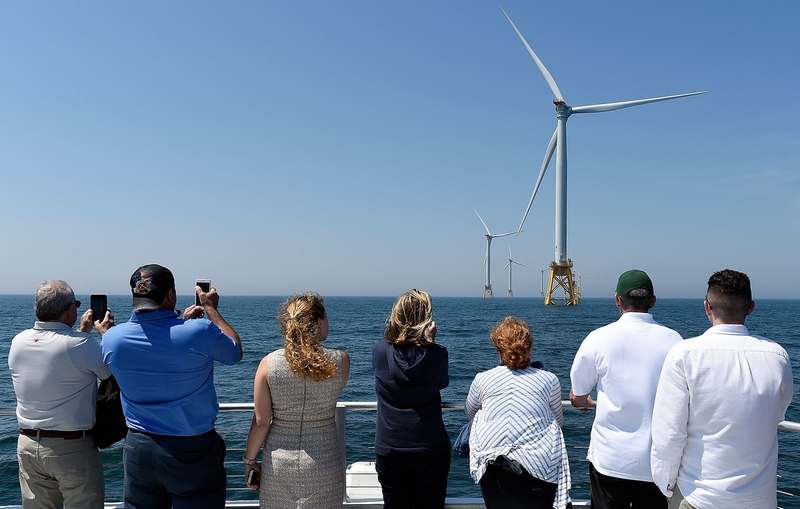 The White House on Monday detailed a plan to expand wind farms along the East Coast and jump-start the country's nascent offshore wind industry, saying it hoped to trigger a massive clean-energy effort in the fight against climate change.

The plan would generate 30 gigawatts of offshore wind power by the end of the decade - enough to power more than 10 million American homes and cut 78 million metric tons of carbon dioxide emissions. To accomplish that, the Biden administration said it would speed permitting for projects off the East Coast, invest in research and development, provide low-interest loans to industry, and fund changes to U.S. ports.

"We are ready to rock and roll," national climate adviser Gina McCarthy told reporters in a phone call Monday. She framed the effort as being as much about jobs as about clean energy. Offshore wind power will generate "thousands of good-paying union jobs. This is all about creating great jobs in the ocean and in our port cities and in our heartland," she said.

The initiative represents a major stretch for the United States. The country has one offshore wind project online, generating 30 megawatts, off Rhode Island.

Administration officials said they would speed up offshore wind development by setting concrete deadlines for reviewing and approving permit applications; establish a new wind energy area in the waters between Long Island, N.Y., and the New Jersey coast; invest $230 million to upgrade U.S. ports; and provide $3 billion in potential loans for the offshore wind industry through the Energy Department.

The program also instructs the National Oceanic and Atmospheric Administration to share data with Orsted, a Danish offshore wind development firm, about the U.S. waters where it holds leases. NOAA would grant $1 million to help study the impact of offshore wind operations on fishing operators and coastal communities.