Coastwide
via City of Annapolis 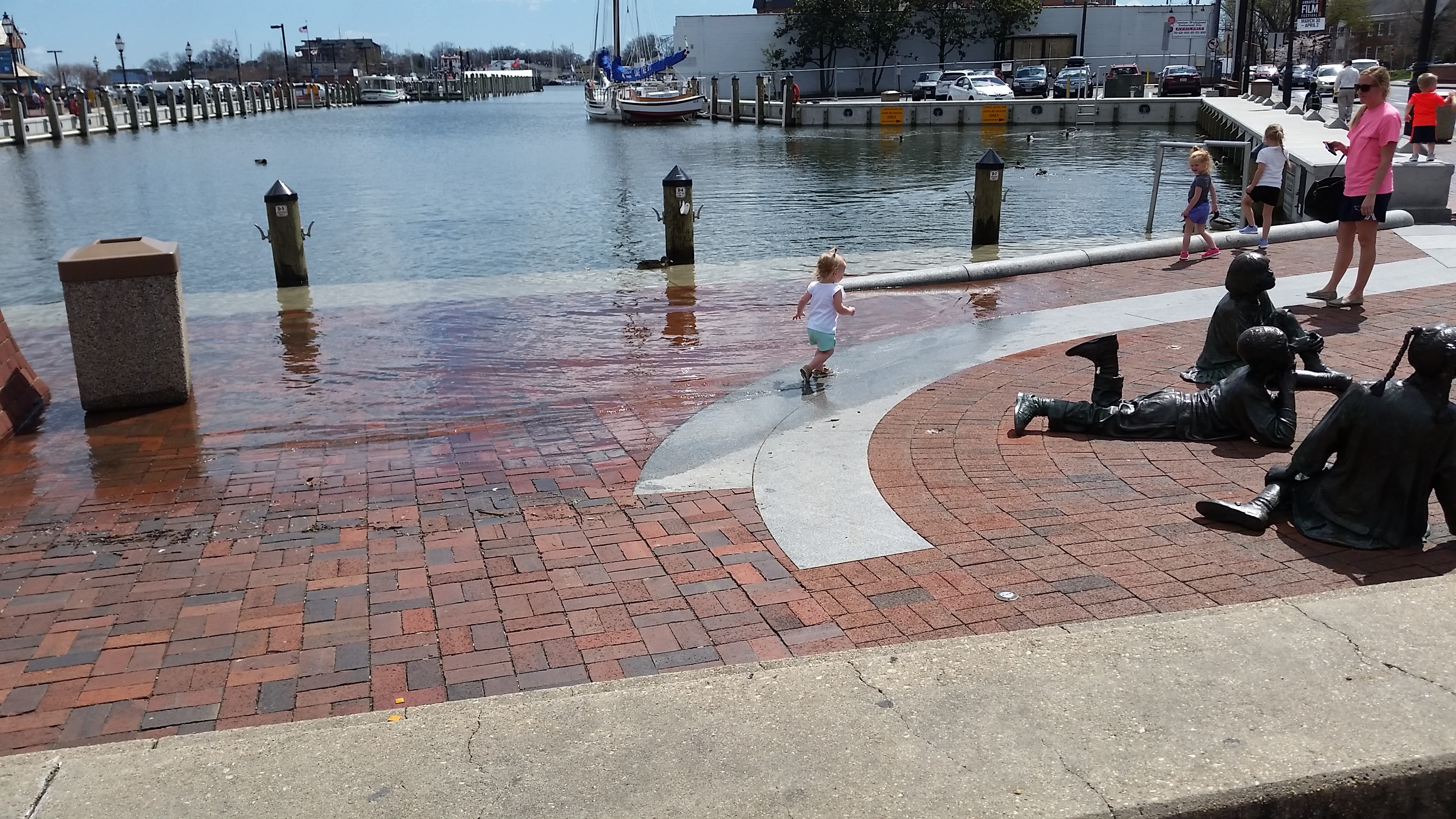 USA - Beating Back the Tides

It was a sight you don’t normally see: a jellyfish lying dead in the middle of a parking lot partly submerged in water. But this was no ordinary parking lot.

This particular section of asphalt in downtown Annapolis, Maryland, is among a growing number of areas prone to frequent flooding in the seaside town. The jellyfish had slipped in from the Chesapeake Bay through an opening in the seawall.

“You can literally kayak from the bay right into this parking lot,” said NOAA oceanographer William Sweet on the September day that we visited. The tide was relatively low that day.

On days with the highest tides of the year, whole parking lots and streets in Annapolis are underwater, causing delays and traffic congestion. Compromise Street, a major road into town, is often forced to shut down, slowing response times for firefighters and other first responders. Local businesses have lost as much as $172,000 a year, or 1.4% of their annual revenue, due to high-tide floods, according to a study published in 2019 in the journal, Science Advances.

High-tide floods, also known as nuisance floods, sunny-day floods and recurrent tidal floods, occur “when tides reach anywhere from 1.75 to 2 feet above the daily average high tide and start spilling onto streets or bubbling up from storm drains,” according to an annual report on the subject by the National Oceanic and Atmospheric Administration (NOAA.) These floods are usually not related to storms; they typically occur during high tides, and they impact people’s lives. Because of rising seas driven by climate change, the frequency of this kind of flood has dramatically increased in recent years.