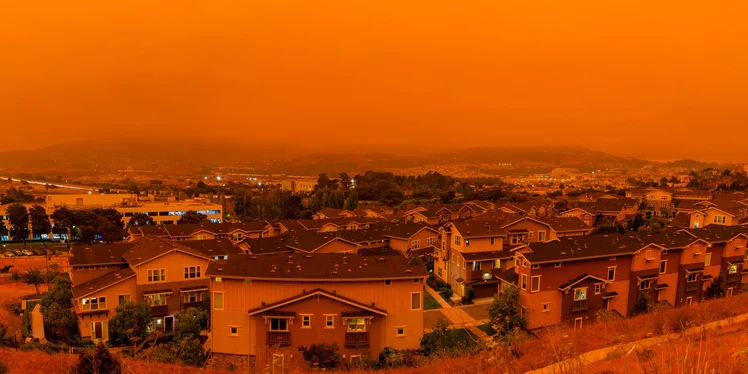 When we think about climate change, terms like carbon emissions and fossil fuels often come to mind. But it’s important to remember — and prepare for — the physical impacts of the global climate changing as a result of anthropogenic greenhouse gas emissions.

To that point, AT&T released forward-looking data in collaboration with the U.S. Department of Energy’s Argonne National Laboratory that projects how climate change will drive increased natural disasters over the next 30 years.

The operator’s climate change analysis tool “allows not only AT&T, but also the people and the communities we serve to apply it to their own climate adaptation efforts,” Shannon Thomas Carroll, AT&T’s AVP of global environmental sustainability, wrote in a blog.

The data, which is freely available to the public, specifically address future insights on wildfires and droughts throughout the contiguous 48 states. AT&T plans to share additional data on coastal and inland flooding and high-intensity winds later this year.

The findings measure wildfire risk using the Canadian Fire Weather Index (FWI). The index takes into account weather conditions like temperature, relative humidity, wind, and rain; and the availability of fuel sources like dry vegetation. The higher a region’s FWI, the greater the risk of conditions that allow for wildfires.

The data shows that Florida, which historically has had low wildfire risk, has the greatest projected change in FWI values, placing the state at high risk of wildfires between 2045 and 2054. Arizona, Nevada, New Mexico, Texas, Louisiana, Colorado, parts of the northeast, and many of the western states will also be highly susceptible to wildfires in the future, according the findings.

AT&T measures drought risk in Vapor Pressure Deficit (VPD), which takes into account relative humidity and temperature of a region. As humidity decreases and temperature increases, more moisture is drawn out of the soil and vegetation into the atmosphere, increasing the region’s VPD and risk of drought.

The unprecedented climate impacts of the past few years have injected more urgency into AT&T to prepare for the changing environment, Carroll explained. The operator aims to use the insights from this project to make its network more resilient toward climate disasters and ensure it can provide connectivity in times of crisis.