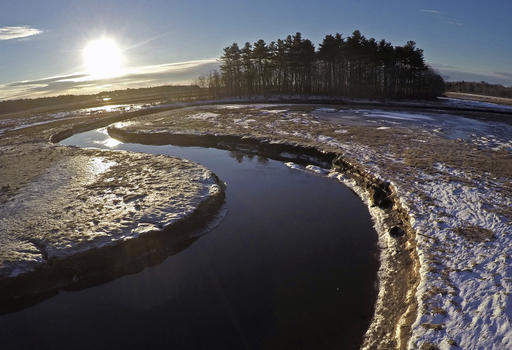 The Ridgway’s rail is a rare bird that relies on the salt marshes south of Los Angeles to survive. And that’s why its future is in doubt — the salt marsh is disappearing under rising seas.

Scientists working with the federal government said the rail’s plight at Seal Beach National Wildlife Refuge is indicative of what’s happening to salt marshes around the country.

Their assessment of eight of the country’s coastal salt marshes found that half will be gone in 350 years if they don’t regain some lost ground. The other four also are backsliding, and coastal communities and wildlife will suffer as the marshes continue to deteriorate.

“That’s something that’s happening right in front of our eyes — an endangered bird that doesn’t have anywhere to nest anymore,” said Neil Ganju, the lead author of the study.

Salt marshes are ecosystems along the coast flooded frequently by seawater. They provide vital habitat for animals, such as birds, crustaceans and shellfish, and are important for their role in protecting coastal areas where people live from flooding and erosion.