Coastwide
People crowd a beach in Clearwater, Florida, on March 17, 2020, despite the federal government's recommendation to avoid gatherings of 10 or more people. Steve Nesius/Reuters 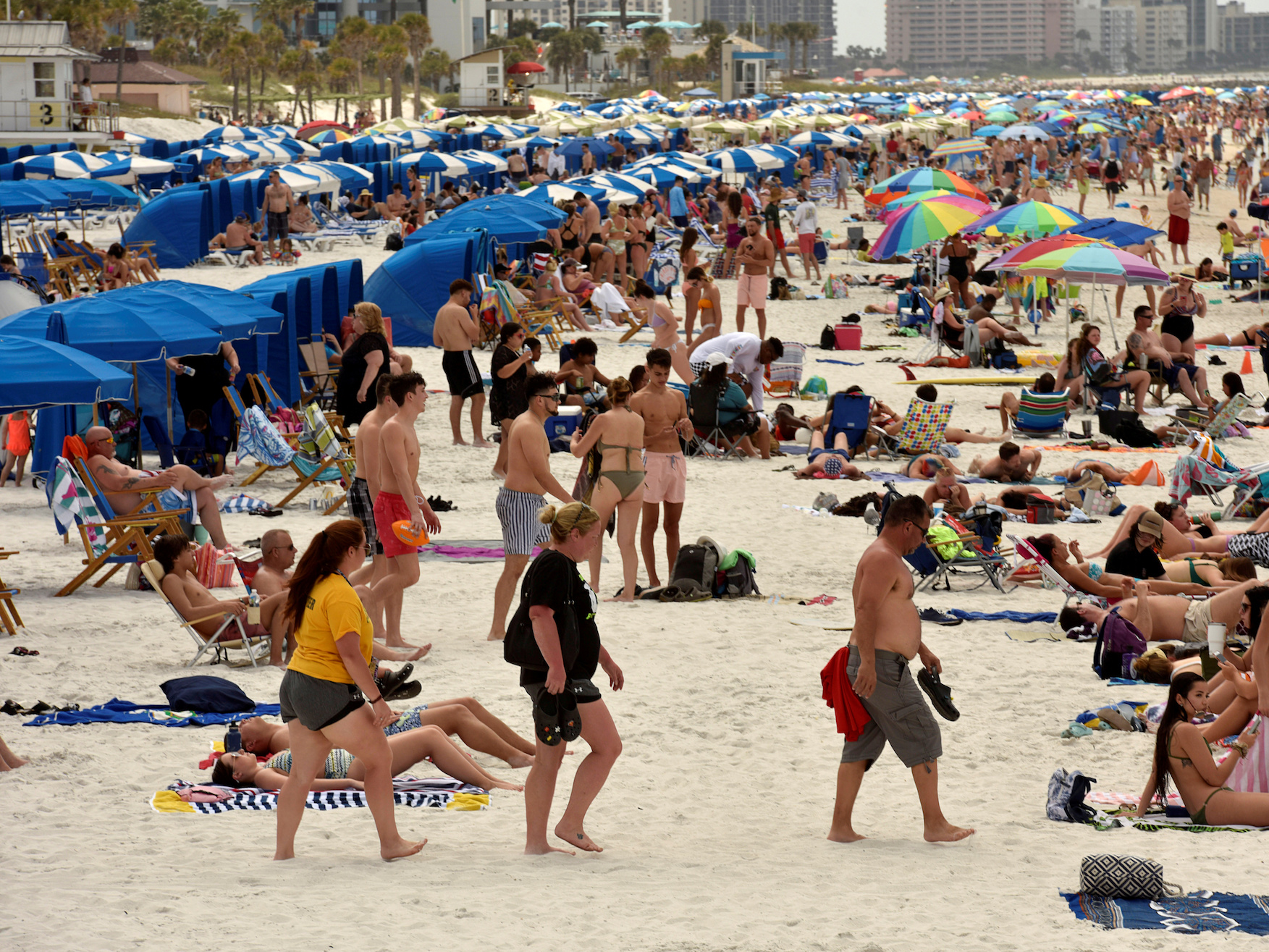 BOSTON – With summer in full swing, water pollution can close beaches or put swimmers' health at risk. Last year, bacteria levels at 385 coastal and Great Lakes beaches indicated that the water was potentially unsafe for swimming on at least one out of every four days tested, according to the new report Safe for Swimming? by Environment America Research & Policy Center and Frontier Group. The report comes as Congress is set to vote Friday on a major spending bill that includes an additional $11 billion for water infrastructure.

“Even as Americans crave the fresh sea breeze and splash of waves at the beach this summer, pollution is still plaguing the places where we long to swim," said John Rumpler, a co-author of the report and the clean water program director for Environment America Research & Policy Center. "We can and must do a better job of keeping waste out of our water.”

To assess beach safety, the group examined whether fecal indicator bacteria levels exceeded the U.S. Environmental Protection Agency’s (EPA) most protective “Beach Action Value,” which is associated with an estimated illness rate of 32 out of every 1,000 swimmers. Water at beaches in every coastal and Great Lakes state exceeded this health threshold.

Rep. Peter DeFazio (OR), chair of the House Committee on Transportation and Infrastructure, noted, “This report makes it clear our country needs to invest in maintaining and upgrading our sewage treatment facilities so that beaches in Oregon, or anywhere in the U.S., are no longer forced to close or put the public at risk.”

The following percentages of beaches were potentially unsafe on at least one day in 2019:

"We're only able to highlight beach water quality problems because of monitoring efforts all over the country," said report co-author Gideon Weissman of Frontier Group. "This data is valuable for posting advisories, and keeping us safe. But it also paints a troubling picture of the health of our beaches, and shows that our communities need more resources to tackle and prevent pollution at its source."

Polluted runoff from roads and parking lots, overflowing or failing sewer systems, and industrial livestock operations are common sources of contamination that can put swimmers’ health at risk and lead authorities to close beaches or issue health advisories. Scientists estimate 57 million instances of people getting sick each year from swimming in polluted waters in the United States. The report recommends major investments to prevent sewage overflows and runoff pollution.

On Friday, the U.S. House of Representatives is scheduled to vote on the “minibus #1” spending package, which includes an additional $11 billion in emergency water infrastructure funding that can help protect American beachgoers.

“Whenever it is safe to go to the beach, let’s make sure it’s safe to go swimming in the water too,” Rumpler said.