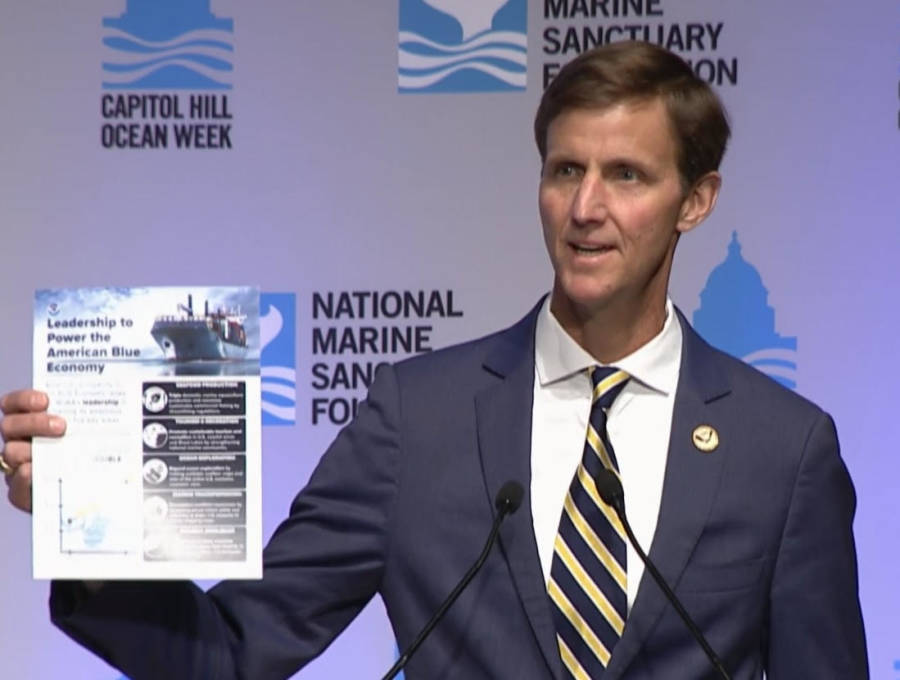 “What I learned in the Navy is how to face challenges and win—that’s what this podcast is all about,” Admiral Gallaudet said. “Americans face profound challenges, from the post-COVID economic recovery to the changing climate, and I believe that the solutions we're searching for are in our blue economy."

“I’ve been fascinated by the ocean since I was a competitive swimmer—that’s what led me to join the Navy. In the American Blue Economy Podcast, I’ll speak with professionals and thought leaders across the country about the solutions to the challenges we face. My intention, in partnership with the American Shoreline Podcast Network, is to lead the way forward in reinvigorating our American blue economy.”

“We are thrilled to host such an impactful offering,” said Peter Ravella, Publisher of the American Shoreline Podcast Network (coastalnewstoday.com). “Not only is Admiral Gallaudet a nationally recognized leader on the American Blue Economy, he has the convening power to bring in national leaders in the topic areas to be covered. The 32 confirmed participants through December constitute nothing short of an A-list of ocean community experts.”

Episode one of the American Blue Economy Podcast will air April 21. Gallaudet will be joined by former NOAA officials and partners to discuss the U.S. government’s ongoing work to implement NOAA’s Blue Economy Strategic Plan, a plan authored by Gallaudet.

Forthcoming episodes will feature discussions of climate change, American national security, food and food security, world trade and more, all through the lens of the blue economy and the post-pandemic recovery. Gallaudet will share stories from his time in government and naval service throughout the series.

Adm. Gallaudet: From 2017-2021, Dr. Gallaudet served as the Assistant Secretary of Commerce for Oceans and Atmosphere / Deputy NOAA Administrator, and from 2017-2019 he also served as the Acting Under Secretary of Commerce for Oceans and Atmosphere / NOAA Administrator. As Acting Administrator, he led the agency comprised of 20,000 federal employees and contractors managing the nation’s fisheries, coastal resources and waterways, weather satellites, weather services, and environmental research, overseeing a $6B annual budget and daily operations of 18 environmental satellites, 16 oceanographic ships, 9 aircraft, 450 boats, and 400 technical divers, 6 supercomputers, over a dozen laboratories, and several hundred field sites across the country. As the Deputy Administrator, he led NOAA’s Blue Economy activities that advance marine transportation, sustainable seafood, ocean exploration and mapping, marine tourism and recreation, and coastal resilience. Prior to NOAA, Rear Admiral Gallaudet served for 32 years in the US Navy, completing his career as the Oceanographer of the Navy. He has a Bachelor’s degree from the US Naval Academy, and Master’s and Doctoral degrees from Scripps Institution of Oceanography, all in oceanography.