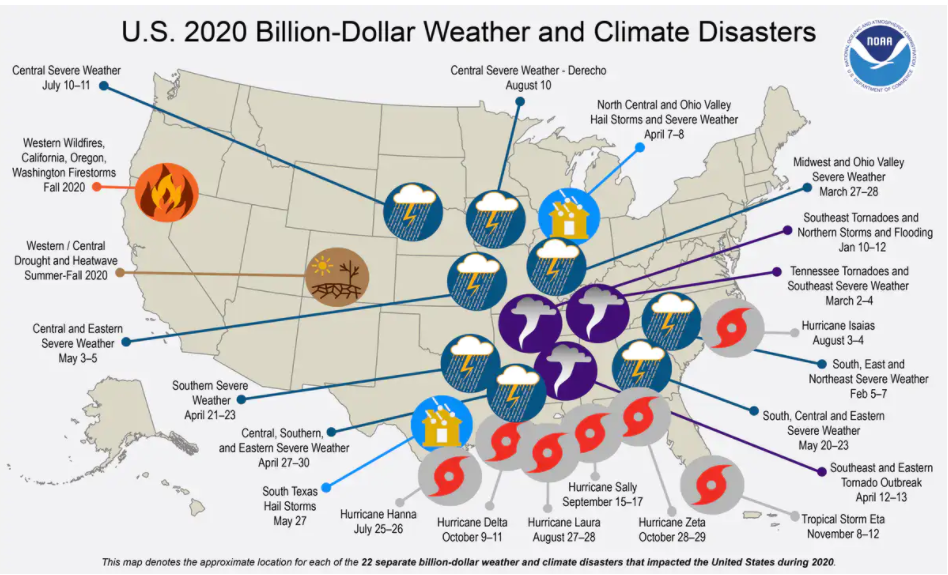 USA - After a Record $22B Disasters in 2020, It’s Time to Overhaul US Disaster Policy – Here’s How: Opinion

The year 2020 broke disaster records across the country in destructive and expensive ways.

By
The Conversation via PennLive.com
Section:
Property
Region:
Coastwide

The Atlantic had so many hurricanes, meteorologists ran out of tropical storm names for only the second time. Across the Midwest, extreme storms flattened crops and tore up buildings. Western states repeatedly broke records for their largest wildfires on record. Globally, it was tied for the hottest year on record.

All told, in 2020 the U.S. had 22 climate and weather disasters with losses exceeding US$1 billion dollars each, six more than any previous year. Together they cost over $95 billion, NOAA announced on Jan. 8. Such disasters affect millions of Americans and are particularly devastating for low-income communities and communities of color. They destroy homes, schools and businesses. They put lives at risk.

Families, communities and taxpayers are paying the price, yet many of these losses could be avoided with smart policies.

For example, the National Institute of Building Sciences estimates that updating and improving building codes alone could save $4 for every $1 spent and create 87,000 new jobs. Similarly, reforming land use and zoning rules can help avoid putting families at risk. An estimated 41 million Americans currently live in homes at risk of flooding and millions more are at risk from wildfires.