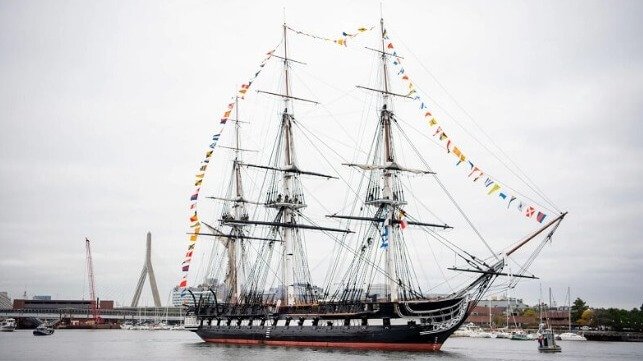 The oldest commissioned warship in the world is set to get her first female commanding officer. Cmdr. Billie J. Farrell will take command of USS Constitution in a change-of-command ceremony scheduled for January 21, relieving 76th commanding officer Cmdr. John Benda.

As the 77th commanding officer of USS Constitution, Farrell will become the first woman to serve as captain in the ship’s 224-year history, dating back to 1797. She previously served as the executive officer aboard the cruiser USS Vicksburg, and she is a graduate of the U.S. Naval Academy and the University of Arkansas.

“I am honored to have the privilege to soon command this iconic warship,” said Farrell. “I hope to strengthen the legacy of USS Constitution through preservation, promotion and protection by telling her story and connecting it to the rich heritage of the United States Navy and the warships serving in the fleet today.”

As USS Constitution’s crew welcomes Farrell, they will say farewell to the ship’s current commanding officer.