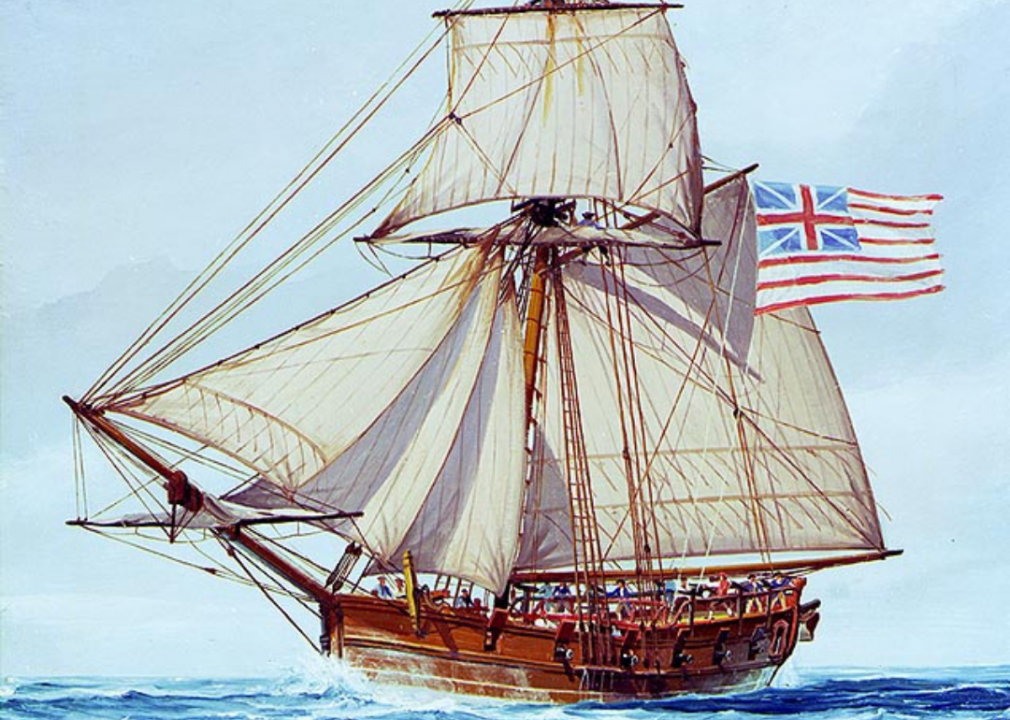 USA - A History of US Military Ships, From the Revolutionary War to Today

Using U.S. Navy archives, historical accounts, news reports, museum databases, and official records of individual ships, Stacker explores the most important, most advanced, and most successful ships in the long and storied history of the United States Navy.

If a sailor in 1530 magically teleported through the future to the dawn of the American Revolution in 1775, he likely would have been able to get a job aboard a ship in the Continental Navy. He of course would have encountered new technologies, new instruments, and new terminology, but the vessel’s riggings, sails, components, cannons, and functionality would have been mostly familiar. But if a sailor in the Continental Navy teleported the exact same 245 years through the future to 2020 and landed on a U.S. Navy aircraft carrier or nuclear submarine, he might as well have landed on a spaceship.

The nearly two-and-a-half centuries from when the original colonies first began organizing for maritime battle against their British oppressors to today have witnessed the greatest evolution of naval warfare in human history. The United States and its Navy have fought 12 major wars in those 245 years. That’s an average of a major war every 20 years—not to mention countless actions, security missions, skirmishes, and standoffs.

Each war introduced new naval technology, new tactics, new weaponry, and most importantly, new ships. What started as a single vessel commissioned by frustrated colonists has grown into roughly 300 ships and more than 300,000 personnel in a fighting organization that has dominated the world’s oceans unchallenged for three-quarters of a century.

Using government sources like the U.S. Navy’s own archives, as well as historical accounts, news reports, museum databases, and official records of individual ships, Stacker profiled 50 of the most important and consequential warships in American history. Some vessels on this list stand out for their incredible records in battle. Others are noteworthy for the new technologies they introduced. All, however, have earned a place as floating tributes to America’s military preoccupations, technological ingenuity, and ability to project power and enforce its will in the farthest reaches of the world.