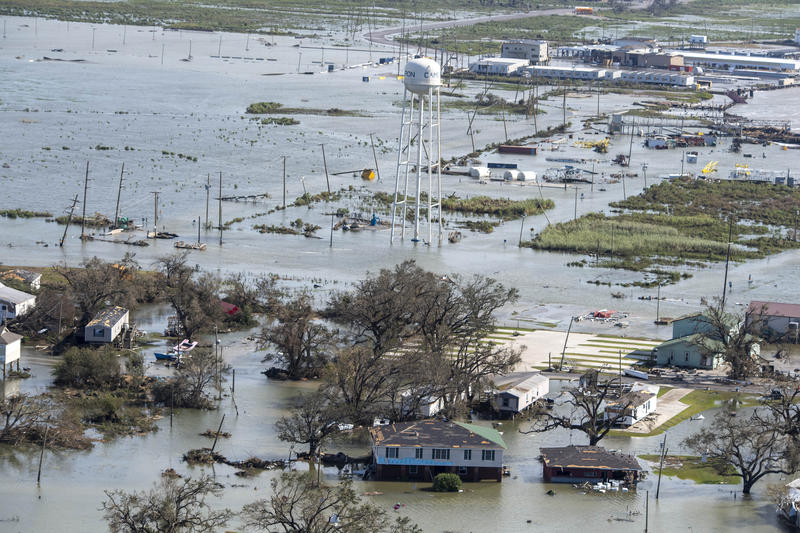 The federal government received 31 reports of oil and chemical spills that are connected to Hurricane Laura, according to the Environmental Protection Agency (EPA).

The reports were submitted to the Coast Guard’s National Response Center, which records and monitors emergency spills that threaten public health, such as oil and chemical spills or radiation emergencies.

Two of the reports came from the BioLab Inc. chemical plant in Westlake, Louisiana, which caught fire and released chlorine gas into the air. The fire forced residents near the plant to shelter in place for more than a day.

Another report involved a crude oil spill in Cameron Parish from a storage tank containing up to 40,000 barrels.  An unknown quantity of crude oil from the tank spilled into a marsh but was blocked by “secondary containment” so it couldn’t discharge into the waterway outside the affected area. The EPA said Plains All American, an oil pipeline and terminal operator, is responding to the incident.

Both the BioLab fire and the crude oil spill in Cameron Parish were detailed in an Aug. 29 EPA management report for Region 6, which includes Texas and Louisiana. But the memo doesn’t go into any detail about the rest of the oil and chemical spills linked to the storm.

The National Response Center’s database, which is available online, provides some information on these potential spills. The database lists more than two dozen calls from Louisiana energy and chemical companies during the days following Hurricane Laura. Texas, which suffered damage as well, also reported spills to the center during this time.

The database only lists basic information: the name of the company, the location of the facility, and the date and time of the spill or release. Critically, there’s no way to know what type of substance was released.