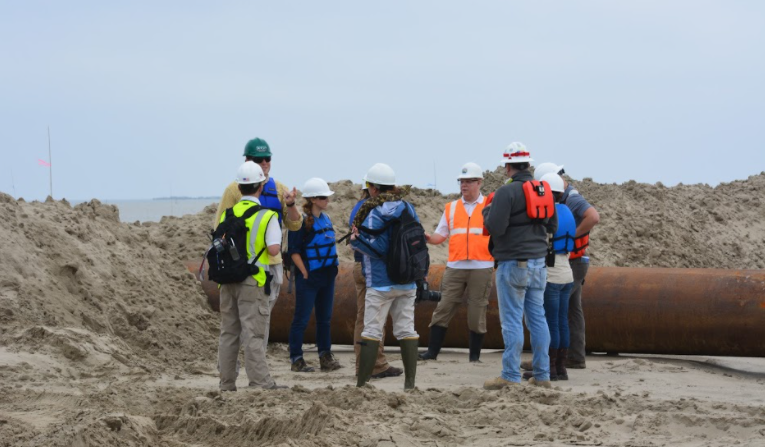 Earlier this year, NOAA released findings indicating that the rate of sea level rise has doubled over the last century and, even if global emissions reduction targets are met, sea level could increase 12 inches by 2100.

Coastal states are already feeling the effects of sea level rise with high-tide flooding increasing from 300% to 900% in some places compared to 50 years ago. Hurricanes are also getting stronger and dumping more rain, and last year’s Atlantic hurricane season was the most active ever.

By proactively investing in natural infrastructure and conservation priorities, Congress can begin to build protections for the coastal ecosystems that help protect communities, while creating jobs and reducing the costs of future disasters.

Here are three ways Congress can increase resilience of our nation’s coastal communities and infrastructure:

As seas rise and hurricanes increase in intensity, the buffers between the sea and our coastal communities provide vital protection from flooding. Congress can direct funding to programs aimed at restoring critical coastal ecosystems, such as the Mississippi River Delta, where land loss threatens the safety and stability of the region.

The National Fish and Wildlife Foundation administers a National Costal Resilience Fund that has invested in projects that created, restored or enhanced 17,800 acres of coastal habitat since 2018, protecting more than 100,000 properties and 2,500 facilities. Congress can fund this or other existing, publicly vetted coastal or watershed restoration plans to get similar projects off the ground.